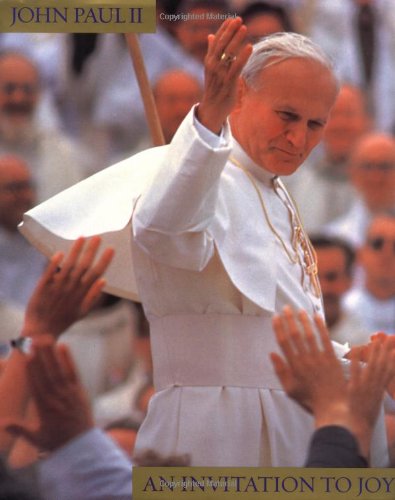 An Invitation to Joy

An Invitation to Joy by Pope John Paul II (Hardcover)

"An Invitation to Joy brings together a selection of John Paul's messages with the most poignant photographs documenting his life both before and after his election to the papacy. For the first time, here is an illustrated devotional keepsake album that distills the essence of his message and shows the intimate connection between his words and his deeds."--BOOK JACKET. "Three main sections - The Human Family, The People of God, and The Dignity of the Human Person - encompass the themes that are most important to the Pontiff. Resonant passages on subjects such as love and family, suffering and evil, freedom and human rights, other religions and the role of women are coupled with striking photographs. A fourth section, A Lifetime of Devotion, provides a portrait of the Pope's entire life in pictures - from his early childhood to his current activities in the Vatican."--BOOK JACKET.… (more)