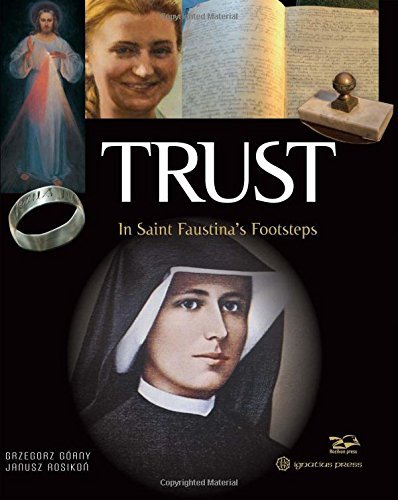 This is the amazing story of Saint Faustina--the greatest Christian mystic of the twentieth century--and her devotion to the Divine Mercy, which has become the fastest spreading religious devotion in the world.This lavishly illustrated book is essentially a love story about God's immense love for his people and the reciprocation of this love by the humble Polish nun, canonized a saint by Pope John Paul II.In fulfilling the mission entrusted to her by Christ to promote the message of his Divine Mercy, Sister Faustina met with many obstacles, but she came through all her trials victoriously. The power of her message about God's infinite mercy, forged in the fire of adversity, has accomplished seemingly impossible things. Although coming from the spiritual visions of just one person, devotion to the Divine Mercy has spread throughout the world like lightning, bringing to mind the parable of the mustard seed: from one small seed grew a great tree with many branches. This book is also a story about Jesus Christ, who is not remote and abstract, but who enters human history, who enters the events of our lives and forges relationships with us. The work of Jesus Christ is very real and so, too, is this book marked by reality To follow in the footsteps of Saint Faustina, the author and photographer moved from place to place-- real places in eastern Europe such as Warsaw, Krakow, Plock and Vilnius. They encountered real people, such as Blessed Michal Sopocko and Blessed John Paul II. They recorded their observations and impressions in beautiful prose and gorgeous photographs in order to bring the realness of these places and people to as wide an audience as possible.… (more)