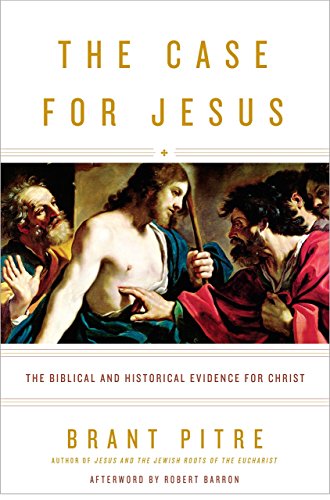 The Case for Jesus: The Biblical and Historical Evidence for Christ

The Case for Jesus: The Biblical and Historical Evidence for Christ by Brant Pitre (Paperback)

Over the past hundred years, scholars have attacked the historical truth of the Gospels and argued that they were originally anonymous and filled with contradictions. In The Case for Jesus, Brant Pitre taps into the wells of Christian scripture, history, and tradition to ask and answer a number of different questions, including: If we don't know who wrote the Gospels, how can we trust them? How are the four Gospels different from other gospels, such as the lost gospel of "Q" and the Gospel of Thomas? How can the four Gospels be historically true when there are differences between them? How much faith should be put into these writings? As The Case for Jesus will show, recent discoveries in New Testament scholarship, as well as neglected evidence from ancient manuscripts and the early church fathers, together have the potential to pull the rug out from under a century of skepticism toward the apostolic authorship and historical truth of the traditional Gospels.… (more)

LibraryThing member baroquem
Brant Pitre presents clear, well-reasoned evidence for the authenticity of the Gospel texts and for the assertion that Christ did indeed claim to be God. Each section of his presentation offers fascinating new insights into familiar topics. Since I've never doubted that Jesus's statements about himself in the Gospels were the wishful thinking of the evangelists, as some do, I was more interested in the first half of the book. I was familiar with the idea that the Gospels had been written relatively late in the first century, but Pitre argues convincingly in favor of an earlier dating.

Many of the supposedly modern approaches to biblical scholarship have at their core the implicit belief that Jesus *could not* have been what he claimed to be or have done what the Gospels claim he did. This book points out just how much evidence is overlooked or ignored when one approaches the topic with that particular prejudice. Highly recommended.… (more)