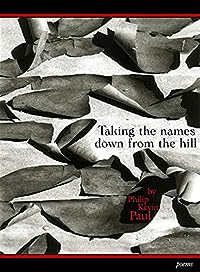 Taking the Names Down From the Hill / Copy 2

Philip Kevin Paul is a rare young poet with the voice of an elder. A WSÁ,NEC Indian from BC's Saanich Peninsula, Paul's oral tradition and life perspective are as old as the hills themselves, but their addition to Canadian poetry is long-awaited and increasingly vital. Philip Kevin Paul's poems rise from the belly of awareness. With the movement of a snake, he weaves through the mind and digs into the senses with the grace and concentration of a master. Paul has a remarkable ability to present the natural world infused with wonder and mystery, and his lyric narratives invite the reader to ponder the bigger questions. His precision with words shows deep and exceptional knowledge and understanding of his First Nations oral tradition and language, which he blends into poetry to produce a compelling and forceful new voice. Though he has made few appearances in magazines and anthologies (as "Kevin Paul"), by word-of-mouth his work has attracted an impressive following of admirers that includes Daniel David Moses, Roy Vickers, Patrick Lane, Lorna Crozier, Patrick Friesen, Tim Lilburn, David Zieroth, Karen Connelly, the late Al Purdy, Gregory Scofield and the Irish Whitbread-Award winner Paul Durcan.… (more)