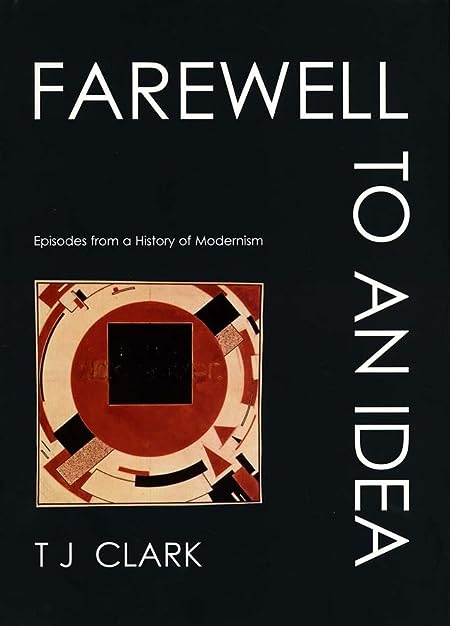 Farewell to an Idea: Episodes from a History of Modernism

In this intense, far-reaching, and poignant book--a book that sums up the work of a lifetime--the acclaimed art historian T. J. Clark rewrites the history of modern art. With the fall of the Berlin Wall, he explains, the project called socialism may have come to an end at roughly the same moment as modernism. Did modernism and socialism depend on each other for their vitality--for their sense of the future and their wish to live in a fully material world? Have they died? Aware of modernism's foibles and blind spots, but passionately attached to the movement's wildness, Clark poses these fundamental questions in Farewell to an Idea. Modernism, Clark argues, was an extreme answer to an extreme condition--the one Max Weber summed up as "the disenchantment of the world." Clark focuses on instances of maximum stress, when the movement revealed its true nature. The book begins with Jacques-Louis David, painting at the height of the Terror in 1793, then leaps forward to Pissarro a hundred years later, struggling to picture Two Young Peasant Women ina way that agreed with his anarchist politics. Next the author turns in succession to Cézanne's paintings of the Grandes Baigneuses and their coincidence in time (and maybe intention) with Freud's launching of psychoanalysis; to Picasso's Cubism; and to avant-garde art after the Russian Revolution. Clark concludes with a reading of Jackson Pollock's tragic version of abstraction and suggests a new set of terms to describe avant-garde art--perhaps in its final flowering--in America after 1945. Shifting between broad, speculative history and intense analysis of specific works, Clark not only transfigures our usual understanding of modern art, he also launches a new set of proposals about modernity itself.… (more)

The Painting of Modern Life: Paris in the Art of Manet and his Followers by T. J. Clark
Pollock and After: The Critical Debate by Francis Frascina
The Return of the Real: The Avante-Garde at the End of the Century by Hal Foster
Modern Art in the Common Culture by Thomas Crow
Art Since 1900: Modernism, Antimodernism, Postmodernism by Hal Foster
6 more
The Sight of Death: An Experiment in Art Writing by T. J. Clark
After the End of Art by Arthur C. Danto
Art in Theory : 1900-1990 - an Anthology of Changing Ideas by Charles and Wood Harrison, Paul (editors)
Nothing If Not Critical: Selected Essays on Art and Artists by Robert Hughes
Postmodernism, or, The Cultural Logic of Late Capitalism (Post-Contemporary Interventions) by Fredric Jameson
The Art of Describing: Dutch Art in the Seventeenth Century by Svetlana Alpers
Fewer