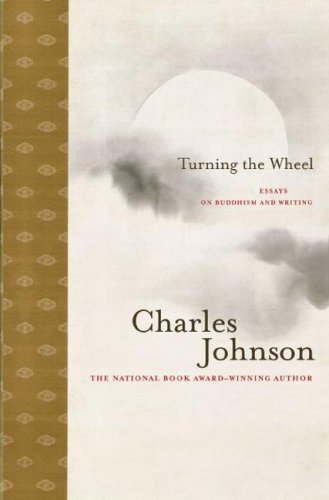 Turning the wheel : essays on Buddhism and writing

"Were it not for the Buddhadharma, says Charles Johnson in his preface toTurning the Wheel,"I'm convinced that, as a black American and an artist, I would not have been able to successfully negotiate my last half century of life in this country. Or at least not with a high level of creative productivity." In this collection of provocative and intimate essays, Johnson writes of the profound connection between Buddhism and creativity, and of the role of Eastern philosophy in the quest for a free and thoughtful life.In 1926, W. E. B. Du Bois asked African-Americans what they would most want were the color line miraculously forgotten.In Turning the Wheel,Johnson sets out to explore this question by examining his experiences both as a writer and as a practitioner of Buddhism.He looks at basic Buddhist principles and practices, demonstrating how Buddhism is both the most revolutionary and most civilized of possible human choices. He discusses fundamental Buddhist practices such as the Eightfold Path, Taming the Mind, and Sangha and illuminates their place in the American Civil Rights movement.Johnson moves from spiritual guides to spiritual nourishment: writing. In essays touching on the role of the black intellectual,Uncle Tom's Cabin,and Ralph Ellison, Johnson uses tools of Buddhist thinking to clarify difficult ideas. Powerful and revelatory, these essays confirm that writing and reading, along with Buddhism, are the basic components that make up a thoughtful life.… (more)

LibraryThing member bexaplex
True to his philosophical training, this collection of essays written by Dr. Charles Johnson (analyses of Buddhism, Black history, and literature) range into theories of existence, values, and mind.

I wish the editor had included the original source of each essay — knowing the context of the original publication helps you navigate the different topics being discussed.… (more)
1 more
LibraryThing member danhammang
A deeply thought reflection on a Buddhism and what it has meant for one man, a person of color, living in the United States. It is a book to read and to return to. I've just finished my third reading over as many years.
Fewer