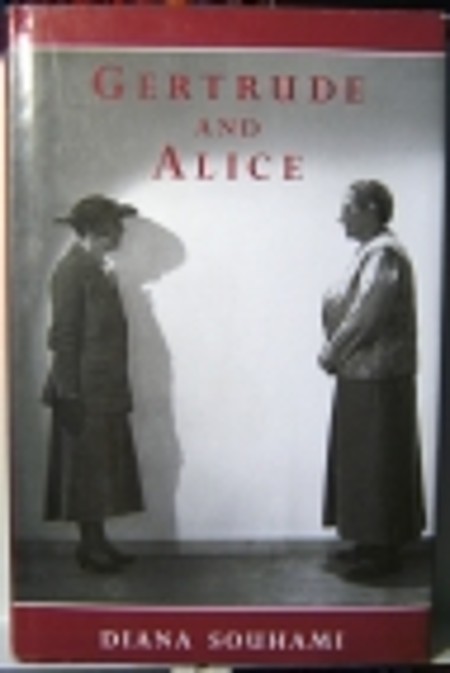 Gertrude Stein and Alice Babette Toklas met on Sunday 8 September 1907, in Paris. From that day on they were together, until Gertrude's death on Saturday 27 July 1946. Everyone who was anyone went to their salons at the rue de Fleurus. They became a legendary couple, photographed by Stieglitz, Man Ray & Cecil Beaton, painted by Picasso and written about in the works of Hemingway, Paul Bowles and Sylvia Beach. "Gertrude and Alice", now with a new foreword, is the highly acclaimed story of their remarkable life together, of the paths that led them to each other, and of Alice's years of widowhood after Gertrude had died. From letters, memoirs and the published writings of Stein and Toklas and with rich illustrations, Whitbread Award-winner Diana Souhami brings their characters, beliefs and achievements vividly to life: 'so emphatically and uncompromisingly themselves, that the world could do nothing less than accept them as they were'.… (more)

LibraryThing member bogopea
Dull, couldn't finish it.
1 more
LibraryThing member Anne_Green
This account of the two women's lives, which focuses primarily on their time together, reads a little erratically, but provides a wealth of information on the tempestuous times in which they lived.
Fewer