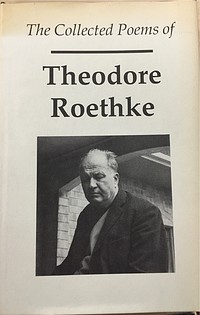 The collected poems of Theodore Roethke

With the publication of Open House in 1941, Theodore Roethke began a career which established him as one of the most respected American poets. His subsequent volumes included The Waking, winner of the Pulitzer Prize in 1953, Words for the Wind, recipient of a National Book Award and the Bollingen Prize in Poetry of Yale University, and the posthumously published The Far Field, which won a National Book Award in 1965. Available for the first time in paperback, this volume contains the complete text of Roethke's seven published books as well as sixteen previously uncollected poems. These two hundred poems demonstrate the variety of Roethke's themes and styles, the comic and serious sides of his temperament, and his breakthroughs in the use of language. Together they document the development of an extraordinary creative source in American poetry.… (more)

LibraryThing member unclebob53703
I was more than a little disappointed in these. Only familiar with one poem, an elegy written for a student of his, which was lovely. This was pretty pricey too, and came without a dust jacket.