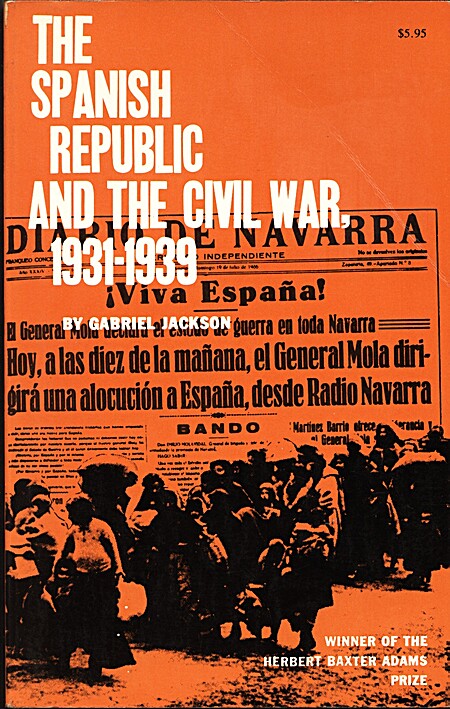 At the time of its occurrence, the Spanish Civil War epitomized for the Western world the confrontation of democracy, fascism, and communism. An entire generation of Englishmen and Americans felt a deeper emotional involvement in that war than in any other world event of their lifetimes, including the Second World War. On the Continent, its "lessons," as interpreted by participants of many nationalities, have played an important role in the politics of both Western Europe and the People's Democracies. Everywhere in the Western world, readers of history have noted parallels between the Spanish Republic of 1931 and the revolutionary governments which existed in France and Central Europe during the year 1848. The Austrian revolt of October 1934, reminded participants and observers alike of the Paris Commune of 1871, and even the most politically unsophisticated observers could see in the Spain of 1936 all the ideological and class conflicts which had characterized revolutionary France of 1789 and revolutionary Russia of 1917. It is not surprising, therefore, that the worthwhile books on the Spanish Civil War have almost all emphasized its international ramifications and have discussed its political crises entirely in the vocabulary of the French and Russian revolutions. Relatively few of the foreign participants realized that the Civil War had arisen out of specifically Spanish circumstances. Few of them knew the history of the Second Spanish Republic, which for five years prior to the war had been grappling with the problems of what we now call an "underdeveloped nation." In Spanish Republic and the Civil War, Gabriel Jackson expounds the history of the Second Republic and the Civil War primarily as seen from within Spain.… (more)

The Spanish Holocaust: Inquisition and Extermination in Twentieth-Century Spain by Paul Preston
Blood of Spain : an oral history of the Spanish Civil War by Ronald Fraser