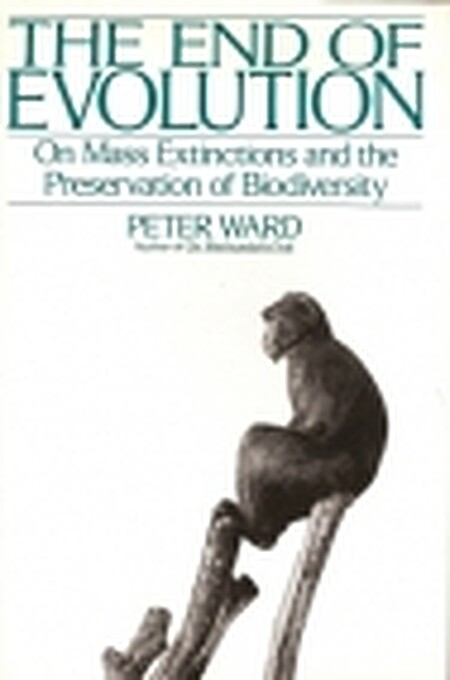 The End of Evolution : On Mass Extinctions and the Preservation of Biodiversity

"The crystal-clear waters of the Philippine archipelago, eerily empty of sea life ... a lush Hawaiian paradise now the scene of devastating depopulation and extinction ... the mighty Columbia River, stripped of its once abundant salmon, now an empty series of damned lakes ... wolves, at one time numbering more than 2 million in the continental United States, now dwindled to perhaps 2,000." "Twice in the distant past, catastrophic extinctions have swept the earth, causing the 'end' of evolution for certain creatures and the beginning for others. The first occurred 250 million years ago and marked the destruction of 90 percent of all living creatures - and the survival of our first mammalian ancestors. The second great mass extinction took place 65 million years ago and 50 percent of all species - including the last of the dinosaurs - perished in a cataclysm that may have been caused in part by the earth's collision with an asteroid. Now Peter Ward, on a journey that traverses continents and travels into the past, searches for the clues to these disastrous events. His reason is urgent and chilling, for Ward and many other prominent scientists have documented signs that a third mass extinction has already begun on our planet. Could its primary cause reach back just 100,000 years, when the earth felt the impact of another wandering, potentially destructive force, a new 'asteroid' called Homo sapiens?" "Ward's journey progresses from fossil hunting in Africa to following a dinosaur trail in Hell Creek, Montana, and finally to climbing high in the remote Caucasus Mountains of Soviet Georgia to see if its thick white limestone holds evidence of a long-ago planetary destruction. At each stop along the way, Ward documents the rich diversity of life now endangered by changes in climate and the world's burgeoning population." "In this rich, accessible book Ward gives us reason to marvel and mourn, fear and hope - and clearly demonstrates the urgency of the need to preserve life as we know it before our time runs out"--Jacket.… (more)

LibraryThing member KeithAkers
I had earlier read and liked Ward's book, "The Medea Hypothesis," and was impressed by the way he explained things as well as his original ways of looking at the evidence. I read this book because I wanted to know about biodiversity. Ward explains extinction basically by looking at the history of extinctions and the three great extinctions, as he puts it. He is quite objective and while he does have ideas on this or that subject, he does not have a pet point of view which he pushes to the exclusion of all others. He gives the arguments for both sides and the history of our understanding of the subject. The main things I didn't like about the book are that he actually doesn't talk very much about the preservation of biodiversity or its relevance. He does discuss them, though. After you read the rest of the book, though, you get a sense of why he doesn't do this, although I wish he had been more explicit about it. I think he doesn't see the decline of biodiversity as a direct threat to human existence; it's more of a moral issue. I notice, also, that not too many books are being written about biodiversity these days. Why is that, do you suppose? I think it's because the discussion of biodiversity has ceased to be a fashionable subject, and because it's so complex that it's hard to answer questions like "how bad is it?" or "is humanity in peril because of biodiversity decline?" After reading Ward's book, you don't get answers to these questions, but you do get a sense of why these questions are hard to answer.… (more)

The diversity of life by Edward O. Wilson
The song of the dodo island biogeography in an age of extinctions by David Quammen
Rare Earth: Why Complex Life is Uncommon in the Universe by Peter D. Ward
SustainingLlife : How Human Health Depends on Biodiversity by Eric Chivian
Blueprints : solving the mystery of evolution by Maitland Armstrong Edey
4 more
Hen's Teeth and Horse's Toes by Stephen Jay Gould
The structure of evolutionary theory by Stephen Jay Gould
Life : a natural history of the first four billion years of life on earth by Richard A. Fortey
The Fifth Miracle: The Search for the Origin and Meaning of Life by P. C. W. Davies
Fewer