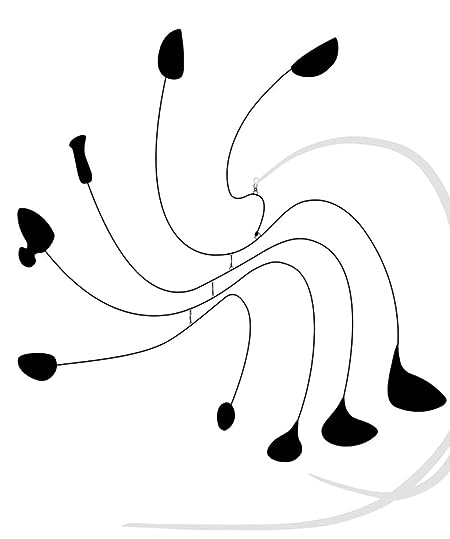 Alexander Calder (1898-1976) is a key presence in the history of modern art, and yet he is rarely seen or remembered in the context from which he initially emerged as an artist.  When Calder became "Calder" - well known for his signature mobiles and stabiles - it was due to a unique variety of presiding influences.  His artistic parentage consisted of Marcel Duchamp, who provided the name of and concept for the mobi≤ Piet Mondrian, who introduced pure abstraction to him; and Joan Miró, who communicated the central theses of Surrealism.  Although Calder went on to play a major role in Surrealist manifestations during the formative years of the movement, including being shown in the defining 1936 "Exposition surréaliste d'objets" in Paris, he has since been separated from those beginnings.  Indeed, at this point in time, Calder is never included in exhibitions of Surrealist art, even though he was incubated by that phenomenon and contributed mightily to it. This book will put the artist back in midst of Surrealism so that his achievement is more profoundly understood within that context. Works by artists such as Miró, Max Ernst, Yves Tanguy, and René Magritte will delineate the Surrealist milieu and some of its chief aspects.  The following theses are also explored: Calder's wit, caricature, and linear flights of fancy; his marvelous personages and fantastic creatures; biomorphic forms from an imaginary vision of nature; and his constellations, apparent views of celestial space.… (more)