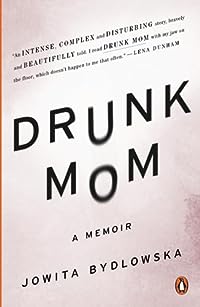 A bestseller in its native Canada, Drunk Mom is a gripping, brutally honest memoir of motherhood in the shadow of alcoholism. Three years after giving up drinking, Jowita Bydlowska found herself throwing back a glass of champagne like it was ginger ale. It was a special occasion: a party celebrating the birth of her first child. It also marked Bydlowska's immediate, full-blown return to crippling alcoholism. In the gritty and sometimes grimly comic tradition of the bestselling memoirs Lit by Mary Karr and Smashed by Koren Zailckas, Drunk Mom is Bydlowska's account of the ways substance abuse took control of her life-the binges and blackouts, the humiliations, the extraordinary risk-taking-as well as her fight toward recovery as a young mother. This courageous memoir brilliantly shines a light on the twisted logic of an addicted mind and the powerful, transformative love of one's child. Ultimately, it gives hope, especially to those struggling in the same way.… (more)

LibraryThing member latorreliliana
Title says it all. Very revealing raw account of a year of alcoholism as mother struggles to look after new baby.
2 more
LibraryThing member froxgirl
Every word is drawn from pain. I think this is probably the best book by an alcoholic I've ever read, up to and including "Drinking: A Love Story" by the late genius Caroline Knapp. Because this one has a baby at the heart of it. Or, more accurately, this one has a mom who pumps breast milk, gets shitfaced, and then waits a period of time before nursing again, to make sure the vodka leaves her system. R-I-I-G-H-T.

Instead of emphasizing what brought her to her successful abstinence and then unsuccessful relapse, Jowita explains her drinking strategies (mental maps of liquor stores, etc) and her self loathing in depth, and I mean deep depths.

But - and this is a truth I have never heard told before - she claims that in order to be sober, the alcoholic must yearn for sobriety as strongly as he/she yearned for alcohol. To replace one irrational desire for another; one harmful for one good. This seems so simple but it came as a revelation to me. And so a blazingly distressing read is redeemed.… (more)
LibraryThing member Tim.Roberson
As a recovering alcoholic myself, this was a vivid reminder of drunken nights I don’t recall and all the associated pain and self loathing that came with it. I thank the author for her courage in putting her story front and center and honest. Highly recommended, particularly those who know the struggle.
Fewer

Inside Out: A Memoir by Demi Moore
Parched : a memoir by Heather King
Drinking : a love story by Caroline Knapp
Love, Loss, and What We Ate: A Memoir by Padma Lakshmi
Sister Mother Husband Dog: (Etc.) by Delia Ephron