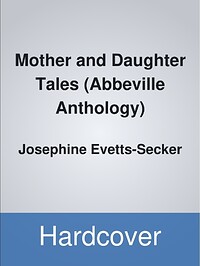 Part of the Abbeville Anthology series, this pedestrian retelling of 10 folktales from around the world, all about mothers and daughters, is given a critical boost by Cann's luxuriant illustrations. Evetts-Secker's foreword and endnotes founder with the weight of jargon and specious pronouncements: "The godmother is not an actual goddess, but carries similar energy, compensating for the spiritual poverty of the girl's birth mother," or "[the stories] reflect what it is to be a natural and spiritual woman." Including familiar stories from European traditions as well as less well-known Chinese, Iroquois and Turkish tales, the retellings often rely on cliches. In the space of a few sentences, for example, the author describes how nymphs "fled in fright," as Demeter, whose heart is "froze[n] with fear," is also "frantic with fear." Cann's delicate watercolors include an inviting montage of motifs from various cultures. Surrounding each tale are intricate borders that feature, variously, red Chinese dragons, pale Japanese apple blossoms or vivid Eastern European embroidery patterns. While her figures occasionally look stiff or awkward, Cann's strong and inventive designs seem to burst from each page. Ages 6-12. A collection of folktales from various cultures illuminate the mother-daughter relationship. colour illustrations throughout… (more)

Father and Daughter Tales (An Abbeville Anthology) by Josephine Evetts-Secker
Grandmothers' Stories: Wise Woman Tales from Many Cultures by Burleigh Muten
Fireside Stories by Caitlin Matthews
Not One Damsel in Distress: World Folktales for Strong Girls by Jane Yolen
Flying with the Eagle, Racing the Great Bear: Stories from Native North America by Joseph Bruchac
21 more
Barefoot Book of Princesses (Barefoot Books) by Caitlin Matthews
Mightier Than the Sword: World Folktales for Strong Boys by Jane Yolen
Children Just Like Me: Our Favorite Stories by Anabel Kindersley
The Bronze Cauldron Myths And Legends Of The World by Geraldine McCaughrean
Stories from the Opera by Shahrukh Husain
Cut from the Same Cloth by Robert D. San Souci
The Barefoot Book of Father and Son Tales (Barefoot Books) by Josephine Evetts-Secker
Tales of Wisdom and Wonder HC w CD by Hugh Lupton
The Maid of the North: Feminist Folk Tales from Around the World by Ethel Johnston Phelps
The Lady of Ten Thousand Names: Goddess Stories from Many Cultures by Burleigh Muten
N.C. Wyeth's Pilgrims by Robert D. San Souci
The Trees Of The Dancing Goats by Patricia Polacco
The Princess in the Forest by Sibylle von Olfers
HER SEVEN BROTHERS by Goble
Earth, Fire, Water, Air by Mary Hoffman
Barefoot Book of Pirates HC w CD (Barefoot Books) by Richard Walker
Cinderella by K. Y. Craft
Favorite Folktales from Around the World (Pantheon Fairy Tale and Folklore Library) by Jane Yolen
The Book of Goddesses by Kris Waldherr
The Adventures of Odysseus by Hugh Lupton
Nelson Mandela's Favorite African Folktales (Aesop Accolades (Awards)) by Nelson Mandela
Fewer