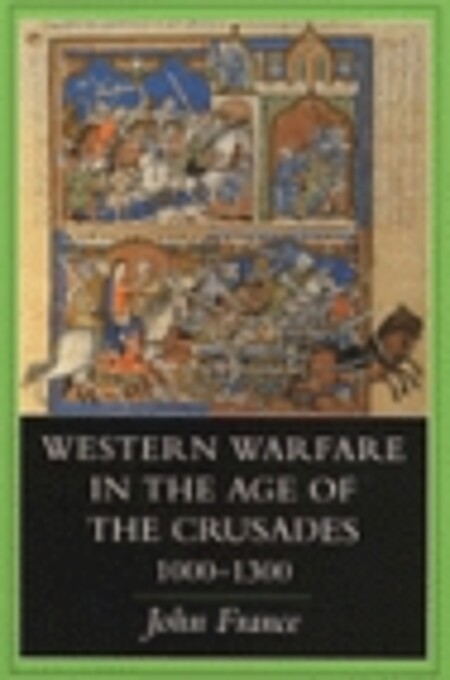 This authoritative and concise work surveys the range of warfare in the high Middle Ages while reflecting on the society that produced these military struggles. The book brings together for the first time a wealth of information on such topics as knighthood, military organization, weaponry and fortifications, and warfare in the East. In 1095 with the launching of the First Crusade, Europeans established a great military endeavour to save the Holy Land, an undertaking that remained a central preoccupation until the end of the thirteenth century. While the expeditions that went forth to fight the Muslims involved armies of exceptional size, much of the warfare within western Europe itself was conducted by small armies on behalf of landowners who were often neighbours and kin. In his approach to his subject, John France considers political, social, and economic development in the age of the crusades. He emphasizes the significance of four factors in shaping medieval warfare: the dominance of land as a form of wealth, the limited competence of government, the state of technology that favoured defence over attack, and the geography and climate of western Europe. His coverage of the castle and the knight in armour depicts the role of landowners in producing these characteristic medieval instruments of war. In addition, France provides an extensive analysis of battles in which he reconstructs a series of encounters in superb detail.… (more)

LibraryThing member barlow304
Professor France’s fascinating study of warfare in the Middle Ages covers a great deal of ground. He begins by insisting (rightly) that warfare was primarily proprietary: lord against lord for the control of property. As the survey continues on to such topics as technology, weaponry, the use of castles, etc., France establishes that the typical medieval army was a conglomeration of troops loyal to various leaders, which made controlling the army or even just holding it together problematic.


Employing hundreds of examples from the three centuries under study, the author shows that most warfare consisted of raiding and pillaging, although peasants were rarely harmed, because they were necessary for tilling the soil. Professor France also discusses the use of castles in Europe as ways for lords to protect their scattered holdings. Finally, he shows how unusual was the army of the 1st Crusade—unusual in size, in motivation, in its ability to hold together.

For anyone interested in medieval warfare, this is a must read.… (more)

The Art of Warfare in Western Europe During the Middle Ages from the Eighth Century (Warfare in History) by J.F. Verbruggen
Medieval Warfare: A History by Maurice Keen
Armies and Warfare in the Middle Ages: The English Experience by Michael Prestwich
Medieval Naval Warfare 1000-1500 by Susan Rose
God's War: A New History of the Crusades by Christopher Tyerman
3 more
Warfare and Society in the Barbarian West 450-900 (Warfare & History Series) by Guy Halsall
The First Crusade: A New History by Thomas S. Asbridge
Fighting Techniques of the Medieval World: Equipment, Combat Skills and Tactics by Matthew Bennett
Fewer