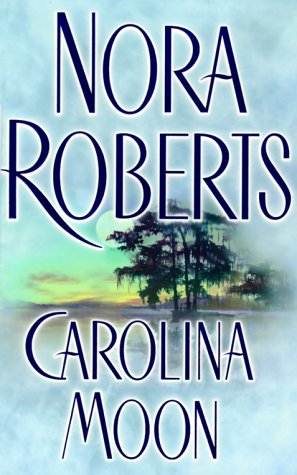 "Tory Bodeen grew up in a small, rundown house where her father ruled with an iron fist and a leather belt--and where her dreams and talents had no room to flourish. But she had Hope--who lived in the big house, just a short skip away, and whose friendship allowed Tory to be something she wasn't allowed to be at home: a child. After young Hope's brutal murder, unsolved to this day, Tory's life began to fall apart. And now, as she returns to the tiny town of Progress, South Carolina, with plans to settle in and open a stylish home-design shop, she is determined to find a measure of peace and free herself from the haunting visions of that terrible night. As she forges a new bond with Cade Lavelle--Hope's older brother and the heir to the Lavelle fortune--she isn't sure whether the tragic loss they share will unite them or drive them apart. But she is willing to open her heart, just a little, and try. But living so close to those unhappy memories will be more difficult and frightening than she ever expected. Because the killer of Hope is nearby as well"--Container.… (more)

LibraryThing member miyurose
This book had its ups and downs, but I have to say it was mostly ups. I thought I had it all figured out very early, but Nora surprised me! Though sometimes I think her climaxes are over a little too quickly (no pun intended). I am a little tired of the couples in these romance novels deciding to get married in what seems like seconds after they connect. I guess that's supposed to be romantic.… (more)
15 more
LibraryThing member cindyloumn
Why the name? No mention of a carolina moon in the whole book. The end was surprising, but not overally. Liked that she teamed the good and bad girl up.
LibraryThing member bakersfieldbarbara
Excellent book, and I couldn't put it down. Luckily, I had the day off, so was able to finish it. The characters are so real, that I found myself looking for her father over my shoulder. Creepy, but good reading and written in such a way that the ending is ALWAYS a surprise.
LibraryThing member chamiehawk
this is the first nora roberts book i read and i was pleasantly surprised that i liked it as much as i did.
LibraryThing member puttsplace
Tory Bodeen grew up in a small, rundown house where her father ruled with his fist. Only her friendship with Hope, from the big house nearby, allowed Tory to be the child she couldn't be at home. But Tory's life fell apart when Hope was brutally killed - a murder which was never solved. Now, as Tory returns to her hometown to settle and start a business, she is determined to rid herself of the nightmare of that terrible night. Forging a bond wi3/15/2010th Cade Lavelle, Hope's brother, she's unsure whether the loss they share will unite them or drive them apart. But she's willing to try. Only living so close to those unhappy memories is more difficult and frightening than she expected. Because Hope's killer is still free - and extremely close… (more)
LibraryThing member wyvernfriend
A Psychic story from Nora Roberts. Getting my interest going right from the start. And kept my interest right through to the end! One of the best Nora Roberts books I've read, it has plenty of twists and turns to keep you guessing right to the end.
LibraryThing member astrida22
Loved it!!! Great characters and good suspense.
LibraryThing member mrsboone7
Great book. Loved the characters. Classic who-dun-it. Keeps you guessing until the very end. I liked who the villian turned out to be. I didn't want it to be one of the characters that I had come to care so much about! A little romance. Great book!
LibraryThing member soosthemoose
Excellent book. Great build of characters and surprise curves.
LibraryThing member soosthemoose
Excellent book. Great build of characters and surprise curves.
LibraryThing member punxsygal
While herself an abused child, Tory Bodeen's best friend, Hope Lavelle, was killed in a vicious attack. Tory left home when she was eighteen and moved to New York, but now she has returned to Progress to face her childhood fears and open a boutique. Her arrival catches the attention of Cade Lavelle, Hope's brother. If you enoy Nora Roberts for her romantic suspense, this book will not disappoint.… (more)
LibraryThing member TheLibraryhag
Believe it or not this is my first Nora Roberts book. I was drawn to the South Carolina setting, the mystery, and the sultry psychic. I was not disappointed. As a native of South Carolina the setting and the people rang very true.It made me homesick. I also thought the mystery was very good. There were several possible killers that I debated. The psychic visions were creepy and not too heavy-handed. And there were dogs. It was a perfect storm of a book for me. There is romance and sex. I am not a big fan of long sex scenes and the ones in this book were not too long or detailed. (I don't need to SEE the math). Even though it had all the things I love, I was still surprised by how much I enjoyed this book.… (more)
LibraryThing member Preston.Kringle
Carolina Moon was hard to get into and dry in some places, yet once it picked up it was hard to put down. Unlike other of Robert’s books, this one seemed to have an ending that was easy to understand, that is until the whole twist of the book, which resulted in once again a rushed scene that is a bit confusing as to what is happening.… (more)
LibraryThing member WhiskeyintheJar
I read this for the Murder Most Foul square for Halloween Bingo

"So many," Tory whispered.
"All were sexual homicides. Raped and strangled. There was no semen. There was some physical violence, particularly in the facial area. That escalates with each victim."
"Because their faces aren't right. Their faces aren't hers. Hope's."

The main and underlining impetus for this story was the rape and murder of an eight year old girl who was the bestfriend of our heroine, Tory; pretty dark stuff. I couldn't help always having that in the back of my mind, even though the author kind of leaves the head on dealing with it until more toward the back end of the second half.

You couldn't erase the past, or kill it, or wish it out of existence . Nor could you will away the present or change what was coming. We were all trapped in that cycle of time, just circling around the core of yesterdays. Sometimes those yesterdays were strong enough, willful enough, to suck you back no matter how hard you struggled.

This story is more of an ensemble piece with a secondary romance that I kind of wish got its own book and two handfuls of family and townspeople edging into the spotlight. This, along with the slow almost murky like way of the atmosphere of the story, kept the main couple's romance from being felt. Our hero Cade was the brother of Tory's bestfriend that was murdered and he never truly felt fully fleshed out for me. He comes on a bit stronger at the end but he kind of instantly goes for Tory (I love me some build up) and it ends up more of a willful strong arm relationship, Cade, at times, just telling Tory how it is going to be with Tory initially balking but eventually going along with him. I like a man who knows and shows what he wants but he immediately starts off this way and without the foundation for knowing Tory, it felt pushy and not too terribly romantic.

"He frightens me, and embarrasses me. By trying to keep it contained, as always, I thought I'd limit the fear and humiliation. It's hateful to be a victim, Cade. Makes you feel exposed and angry and somehow guilty at the same time."

With the underlining murder mystery and the two romances, the bulk of this is family dynamics and oof, are there some doozies. Tory's father was physically abusive and with her psychic abilities (Tory can sense emotions from people so strongly she can "see" their thoughts) she can sense some other dark aspects of his personality. Cade's family has the emotional pain of losing a daughter and sibling, swirling around and tearing them apart. The two handfuls of secondary characters are indirectly and at times directly affected by these issues, which leads to some great real moments between characters. However, it also lead to some dragging issues in the middle.

I'm a Yankee, so sometimes when I read these books set in the south I don't quite jive with the beat or tones. There was a languidness, thick, humid, slowly fanning yourself on the porch while you sip iced tea, that I thought slowed the pace the down. Tory's life after her bestfriend was killed isn't really explained until more towards the end but it felt implied she moved back to her hometown to find out truly what happened, for such a big issue, it felt pushed too much too the side. There was also some trope role characters that the author did a good job breathing layers and complexity to, Cade's sister, but others that for a book published in 2000 were disappointingly locked in, Cade's family housekeeper/nanny.

I know mysteries like, to well, keep the mystery going but when they stay to the side for so long, I think they end up feeling unknown or ineffectual. There are clues to who the murderer is but I wanted more insight into them, instead of one ending scene where thoughts and motivations are relayed concisely but quickly.

I liked this, some great emotional complexities were weaved in out, but it was a little slow moving for me. The rape and murder of an eight year old girl is never easy to read about, so be prepared for that, along with physical violence. If you're looking for an unhurried heavy on the family dynamics, mystery, with some romance, and love iced tea, this would be a well written option.… (more)
LibraryThing member elenaj
Maybe this is an unfair review? It's not that the book is as terrible as all that -- the mystery/thriller plot was kind of interesting, and the writing was decent, if veering off into the purple at times. But the romance plots were amazingly annoying, and confirmed for me that mainstream romance is just not my thing. The romantic lead came across as a total jerk, "winning" the heroine by tactics that are absolutely creepy. He follows her around, shows up uninvited, never takes no for an answer, and basically stalks her. And she likes it. Ugh.… (more)
LibraryThing member lkarr
Some of the books Nora Roberts writes are good and some are awful. This one was great. Interesting twist and good character development.
Fewer