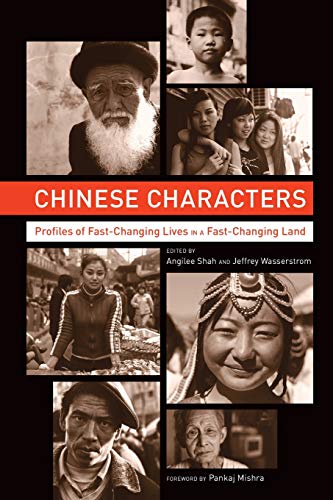 An artist paints landscapes of faraway places that she cannot identify in order to find her place in the global economy. A migrant worker sorts recyclables and thinks deeply about the soul of his country, while a Taoist mystic struggles to keep his traditions alive. An entrepreneur capitalizes on a growing car culture by trying to convince people not to buy cars. And a 90-year-old woman remembers how the oldest neighborhoods of her city used to be. These are the exciting and saddening, humorous and confusing stories of utterly ordinary people who are living through China's extraordinary transformations. The immense variety in the lives of these Chinese characters dispels any lingering sense that China has a monolithic population or is just a place where dissidents fight Communist Party loyalists and laborers create goods for millionaires. Chinese Characters is a collection, as Pankaj Mishra writes in his foreword, "to herald a new golden age of journalism about a ceaselessly fascinating country." Contributors include a Pulitzer Prize winning journalist, a Macarthur Fellow, the China correspondent to a major Indian newspaper, and scholars whose depth of understanding is matched only by the humanity with which they treat their subjects. Their stories together create a multi-faceted portrait of a country in motion and an introduction to some of the best writing on China today. With contributions from: Alec Ash, James Carter, Leslie T. Chang, Xujun Eberlein, Harriet Evans, Anna Greenspan, Peter Hessler, Ian Johnson, Ananth Krishnan, Christina Larson, Michelle Dammon Loyalka, James Millward, Evan Osnos, Jeffrey Prescott, Megan Shank  … (more)

The man who stayed behind by Sidney Rittenberg
Dreaming in Chinese : Mandarin lessons in life, love, and language by Deborah Fallows
Oracle bones : a journey between China's past and present by Peter Hessler
The populist explosion : how the great recession transformed American and European politics by John B. Judis