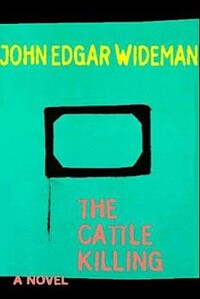 A major literary event by " one of America's premier writers of fiction" (New York Times) and two-time winner of the prestigious PEN/Faulkner Award, The Cattle Killing, John Edgar Wideman's first novel in six years, is certain to galvanize national attention. It is a fiercely lyrical, passionate, and revealing novel that attempts to reconfigure the paradigm of race. Spanning two centuries and three continents, the novel is a powerful, mythic book certain to provoke and inspire. In plague-ridden eighteenth-century Philadelphia, a young itinerant black preacher searches for a mysterious, endangered African woman. His struggle to find her and save them both plummets him into the nightmare of a society violently splitting itself into white and black, white over black. Spiraling outward from the core image of a cattle killing - the Xhosa people's ritual destruction of their herd in a vain attempt to resist European domination - the novel expands its narrator's search for meaning and love in… (more)