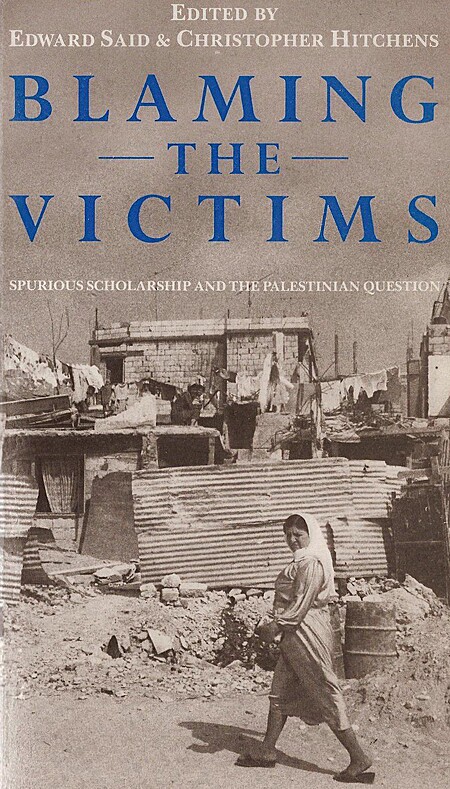 Blaming the victims : spurious scholarship and the Palestinian question

Since the 1948 war which drove them from their heartland, the Palestinian people have consistently been denied the most basic democratic rights. Blaming the Victims shows how the historical fate of the Palestinians has been justified by spurious academic attempts to dismiss their claim to a home within the boundaries of historical Palestine and even to deny their very existence. Beginning with a thorough exposé of the fraudulent assertions of Joan Peters concerning the indigenous inhabitants of Palestine prior to 1948, the book then turns to similar instances in Middle East research where the truth about the Palestinians has been systematically suppressed: from the bogus--though still widely believed--explanations of why so many Palestinians fled their homes in 1948, to today's distorted propaganda about PLO terrorism. The volume also includes sharp critiques of the wide consensus in the USA which supports Israel and its territorial ambitions while maintaining total silence about the competing reality of the Palestinians.… (more)

LibraryThing member br77rino
The Israel-Palestine controversy viewed from the Palestinian side.

The Trial of Henry Kissinger by Christopher Hitchens
A history of modern Palestine : one land, two peoples by Ilan Pappé
Righteous victims : a history of the Zionist-Arab conflict, 1881-1999 by Benny Morris
The Edward Said reader by Edward W. Said