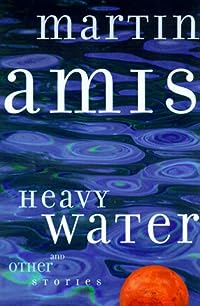 Heavy water and other stories

Martin Amis's short stories make his novels look prim. They are also more frankly satirical. Whole words are created - or inverted. In 'Straight Fiction', everyone is gay (apart from the beleaguered 'straight' community); in 'Career Moves', screenplay writers submit their works to little magazines, while poets are flown first-class to Los Angeles; in 'The Janitor on Mars', a sardonic robot gives us some strange news about life in the solar system. Largely absent in the novels, the middle classes get a showing in 'Let Me Count the Times', where a man has had a mad affair with himself. 'Heavy Water', portrays the exhaustion of working-class culture, 'State of England' its weird resuscitation. And in 'The Coincidence of the Arts' an English baronet becomes entangled with an African-American chess hustler. The earliest story, 'Denton's Death', was first published in 1975, but the bulk of the collection can be firmly labelled 'most recent work'.… (more)

LibraryThing member m.a.harding
Amis on second-best form. (Which is better than most people on best form.) Bujack - great riff on Bellow - much better than Time's Arrow.
3 more
LibraryThing member laytonwoman3rd
This is not my kind of story-telling. I believe I only finished 3 of the stories, gave up on several more, and didn't even try the rest. "Coincidence of Arts' almost hooked me, and in it I can see why Amis is regarded as a very talented writer. Still, I didn't like the story, didn't like the
Show More
characters, and had to force myself to finish it. "Straight Fiction" takes place in a world where homosexuality is the social norm, and that was a clever idea at first. But once I got the point (which didn't take long), it began to feel like a writing exercise. I think it's supposed to be funny, but by the time I got to that story I was pretty tired of Amis, and not much in a mood to be amused.
Show Less
LibraryThing member thorold
I usually react badly to "blokey" fiction, and reading The Rachel papers put me off Martin Amis a long time ago: these stories, which I read only because I happened to find them on the shelf in a holiday cottage, didn't do much to convert me. It's obvious that he is a clever and talented writer,
Show More
but what he does with that cleverness doesn't really seem to be entertaining, instructive, or agreeable for the reader; it often comes across more like literary onanism. And he clearly doesn't know when to stop.

"Career Move" and "Straight Fiction" are both based on the idea of reversing two familiar concepts (in one case poetry is a billion-dollar industry based in LA, whilst screenplays are published in little magazines; in the other heterosexuals are an oppressed minority living in Greenwich Village and the Castro): this is amusing for the first two or three paragraphs, but very soon becomes boring in both cases. The "Janitor on Mars" is a horribly tedious bit of science fiction, whilst "Let me count the ways" is annoying for precisely the same reasons as Rachel. The only story in the collection I enjoyed was "The state of England", about a night-club bouncer attending the sports day at his son's posh prep school. It also rambles on a bit too much, but along the way it does bring out a few penetrating social insights.
Show Less
LibraryThing member kirstiecat
This barely gets the 3/5 stars I am giving it and I am really starting to think Martin Amis is a little over-rated. One thing I can definitely say is that I have enjoyed his novels more. There are only two stories I found to be 4/5 star quality and the rest were more like 2/5. Those two stories
Show More
were the title story and "The Coincidence of the Arts." At times ,one senses that Martin Amis is trying to be creative and a little twisted but ends up missing the mark and creating stories that detach the reader from the characters. At other times , the story just isn't unique enough to hold interest.

Basically, this is a fairly short collection at just a little over 205 pages that I read on the plane to California last night that was overall disappointing and made me wish I had chosen a different book to bring with me instead .

I will have to add a couple of quotes to this when I get back to Chicago .
Show Less
Fewer