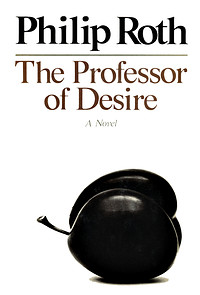 The professor of desire

LibraryThing member NoLongerAtEase
I very much enjoyed "The Professor of Desire."

It seems to me that it is one of the more perceptive works to be found in Roth's early oeuvre. Perhaps it even marks a transition for him.

David Kepesh struggles with the way in which his desires and inclinations grate against his conscience and often prevent him from attending to his obligations.

He is at once both a lascivious pervert and a caring, dutiful lover and son. And, what makes the book and the character true to life is that this contrast of character is true of ever so many people.

Inclination pulls us one way, reason and duty pull us the other.

Most of the time, however, we don't fully capitulate to either of these forces and we don't privilege one over the other. We value desire fulfillment (obviously), but we realize that we cannot live wholly uninhibited lives. Further, most we're OK with making that concession.

What makes Roth's Kepesh an interesting character is that, although we relate to his struggle, he is different from most of us in that he DOES privilege desire (or some version of it) over duty, but at the same time, cannot truly follow through on his desires...and isn't even sure he wants to.

He sometimes *wants*, at the meta-level, to be uninhibited, but he's too smart and too reasonable to really ditch his inhibitions, so in the end he tends to drive himself crazy.

But Kepesh also vacillates, so it seems, even at the meta-level. He isn't always so sure he wants to have the kind of desires he has and often wonders about why he's so hung up, at his own peril, on being able to live without inhibition.

Roth, in other works, often seems to champion perversion and immediate gratification, but in "the Professor.." he isn't so decisively pulling for one side. I think that makes the character study more effective. There's some Kepesh in all of us, but few of us have much Portnoy.… (more)
3 more
LibraryThing member trav
Sex and relationships. That's all this book is. I have never read any Roth, but I always run across references to his work, views on society, politics, religion, etc. I found this very slim book and thought it'd be a great introduction to Roth and his ideas. Well... none of that is here.
This story follows a your Jewish man as he navigates the globe, women and the academic world.
It was immediately apparent that Roth has great skill in identifying "truths" in life through the woes of relationships. The drama his characters suffer, though a little larger than life, is spot on for what happens in the real world in real relationships.
The book dragged in more than a few places. Roth has a tendancy to be long winded. I read an 85 word sentence followed by a 123 word sentence followed by a 67 word sentence. It wore me out!
I guess eventually I'll give Roth another go. No doubt, this one is a must read for Roth fan's. But I found it severly lacking in everything I was hoping for and hopped up on too much soap opera drama.… (more)
LibraryThing member realbigcat
I have read a lot of Philp Roth and I very much like his books. I'm not sure I liked this one as well as most of the others I have read. It's quite obvious when reading the literary talent that Roth possesses is far and above most writers. Ahgain The Prefessor of Desire follows Roth's recurring theme of erotisism and struggles with identy and relationships. In this case the sorty of a young professor who struggles with a relationship to a highly erotic woman that ends and a new relationship with a woman that has the qualities any man would want. Ultimately the conflict is between these two relaationships and the struggle that many men have towards self destruction. In other words when things are going well even if you know they're good amny men just want to find ways to mess it up. Roth draws out all these conflict. Even though it's not may favorite Roth book it's still a good read.… (more)
LibraryThing member dczapka
To read The Breast before reading this book and think that you understand David Kepesh is probably the least surprising thing that this novel has to offer.

What's most intriguing is that it is less concerned with a coherent and cohesive narrative -- if anything, it's constructed more as a series of extended character studies, many of which overlap as the tale progresses -- than it is with examining, in often exhaustive and explicit detail, the psychological underpinnings of what should be a very happy man, albeit one who finds himself consistently miserable at the expense of his deisres.

Roth again manages to build a book in which the human condition is carefully and adequately explored -- and in which the ultimate result of human life is misery -- but the writing is so lucid, the storytelling so enjoyable, that even when very little is going on in the plot, it's hard to stop reading. That Roth can mix these astute observations with a style that feels like it belongs somewhere between stream-of-consciousness and olde tyme storytelling is a revelation all its own.

It's a damn depressing tale, and not nearly as overtly sexual or graphic as the blurb may lead you to think it is, but it's unquestionably a beautifully written and engaging piece of work.… (more)
Fewer