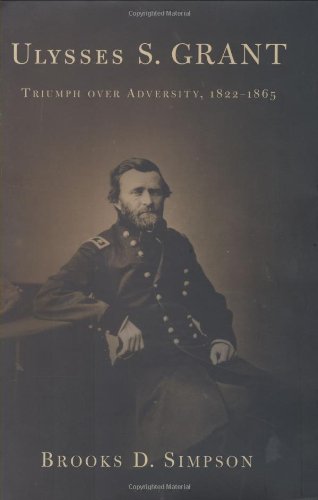 Washington, Lincoln, Grant--these were once the triumvirate of American nationalism. But, like his tomb on the Hudson, Grant's reputation has fallen into disrepair. The image many Americans hold of him is a caricature: someone "uniquely stupid," an insensitive butcher as a general, an incompetent mediocrity as president, and a drunk. Several efforts to counter this stereotype have often gone too far in the other direction, resulting in an equally distorted laudatory portrait of near-perfection. In reading the original sources, Brooks D. Simpson became convinced that Grant was neither a bumbling idiot who was the darling of fortune nor a flawless general who could do no wrong. Rather, he was a tangle of opposing qualities--a relentless warrior but a generous victor, a commander who drew upon uncommon common sense in drafting campaign plans and in winning battles, a soldier so sensitive to suffering that he could not stand to see the bloody hides at his father's tannery, a man who made mistakes and sometimes learned from them. Even as he waged war, he realized the broader political implications of the struggle; he came to believe that the preservation of the Union depended upon the destruction of slavery. Equally compelling is Grant's personal story--one of a man who struggled against great odds, bad luck, and personal humiliation, who sought joy and love in the arms of his wife and his children, and who was determined to overcome adversity and prevail over his detractors. "None of our public men have a story so strange as this," Owen Wister once observed; agreeing, William T. Sherman remarked that Grant remained a mystery even to himself. In the first of two volumes, Brooks Simpson brings Grant's story to life in an account that is readable, balanced, compelling, and definitive.--Publisher description.… (more)