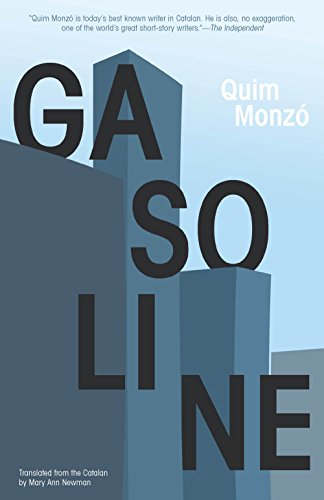 "Monzó delivers drollery on nearly every page, in observations that are incisive and hilarious and horrifying, often all at once."--Publishers Weekly For the first time in his life, Heribert Juliá is unable to paint. On the eve of an important gallery exhibition, for which he's created nothing, he's bored with life: he falls asleep while making love with his mistress, wanders from bar to bar, drinking whatever comes to his attention first, and meets the evidence of his wife Helena's infidelity with complete indifference. Humbert Herrera, an up-and-coming artist who can't stop creating, picks up the threads of Heribert's life, takinghis wife, replacing him at the gallery, and pursuing his former mistress. Heribert is finally undone by a massive sculpture, while Humbert is planning the sculpture to end sculpture, the poem to end poetry, and the film to end film, all while mounting three simultaneous shows. A fun-house mirror through which he examines the creative process, the life and loves of artists, and the New York art scene, Gasoline confirms Quim Monzó as the foremost Catalan writer of his generation. Quim Monzó was born in Barcelona in 1952. He has been awarded the National Award, the City of Barcelona Award, the Prudenci Bertrana Award, the El Temps Award, the Lletra d'Or Prize for the best book of the year, and the Catalan Writers' Award; he has been awarded Serra d'Or magazine's prestigious Critics' Award four times. He has also translated numerous authors into Catalan, including Truman Capote, J.D. Salinger, and Ernest Hemingway. Mary Ann Newman is the Director of the Catalan Center at New York University's Center for European and Mediterranean Studies. She is a translator, editor, and occasional writer on Catalan culture.… (more)

LibraryThing member hemlokgang
What is gasoline? It is a fuel, a fuel which adds flame to a fire. Quim Monz privides the reader with a glimpse into the psyche of an artist and the "gasoline" which fuels the creative impulse. What could have been a dull novel of existential angst is made engrossing by the excellent writing, and I have to assume, an excellent translation. Where does the artist end and his world begin? What is the fuel which enflames the art world? In this case, paintings which are not even completed ! Where do the two artists, Heribert and Humbert, come together and stand apart? Not much separates them in this novel. In fact one of them more or less subsumes the identity of the other. Fascinating book!… (more)
1 more
LibraryThing member kidzdoc
Heribert is a renowned painter whose work is scheduled to be shown in a double exhibition in less than a month. However, he cannot find the motivation to create anything that pleases him. Instead of working on his paintings as the deadline draws near, he spends his mornings lying in bed for hours idly watching the second hand of his clock, and his afternoons and evenings in sex shops, restaurants, and in the company of lovers who bore him (and the reader), as he obsesses about his never present wife, Helena, who is seemingly having an affair of her own.

Our man is felled by an absurd accident which prevents him from completing his assignment, similar to a lazy child who claims that his dog ate his homework. Humbert, a young and unknown artist who happens to be his wife's lover, submits his paintings in his place, to rave reviews, as Heribert wallows in the muck of existential angst.

Gasoline was a thoroughly maddening read, as I found Heribert to be a useless, pathetic and intensely dislikable tortured artiste. This book was supposedly about the creative process in art, but none of its characters captured my attention or earned an ounce of sympathy from me.… (more)
Fewer

A thousand peaceful cities by Jerzy Pilch
Klausen by Andreas Maier
The sixty-five years of Washington by Juan José Saer
Death in spring : a novel by Merc Rodoreda
The ambassador by Bragi Ólafsson,
12 more
To hell with Cronjé by Ingrid Winterbach
The selected stories of Mercè Rodoreda by Mercè Rodoreda
The private lives of trees by Alejandro Zambra
Ergo by Jakov Lind
Rupert : a confession by Ilja Leonard Pfeijffer
The wall in my head : words and images from the fall of the Iron Curtain by Keith Gessen
The taker, and other stories by Rubem Fonseca
The pets by Bragi Olafsson
The museum of eterna's novel : the first good novel by Macedonio Fernández
Landscape in concrete by Jakov Lind
The golden calf : a novel by Ilʹi︠a︡ Ilʹf
Season of ash : a novel in three acts by Jorge Volpi Escalante
Fewer