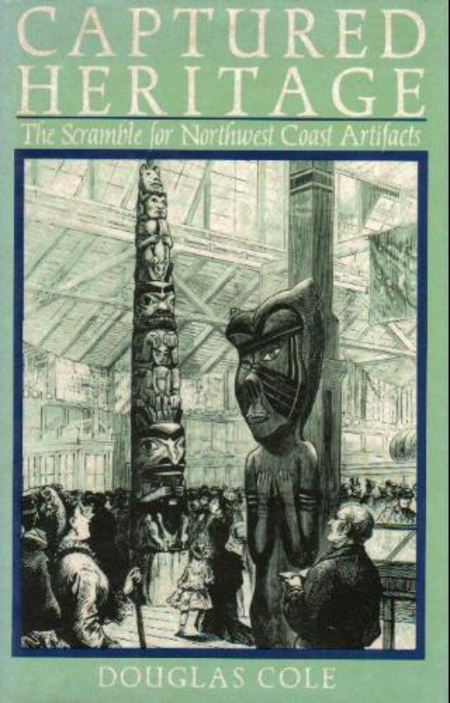 The heyday of anthropological collecting on the Northwest Coast took place between 1875 and the Great Depression, when public and private funds largely collapsed. The scramble for skulls and skeletons, poles, canoes, baskets, feast bowls, and masks, pursued sometimes with respect, but often with rapacity, went on until it seemed that almost everything not nailed down or hidden was gone. This period of intense collecting coincided with the growth of anthropological museums, such as the Smithsonian Institution, the American Museum of Natural History, and Chicago's Field Museum of Natural History. Field collectors, including James Swan, Franz Boas, and George Dorsey, were intense rivals both in the race against time to preserve material culture and in the race to collect, sometimes unscrupulously, more artifacts than a rival museum could. A new preface by the author, Douglas Cole, addresses repatriation rights and will be of particular interest to those seeking to understand museum collecting in light of current issues regarding repatriation of grave goods and artifacts.… (more)

LibraryThing member vecchiopoggi
The heyday of anthropological collecting on the Northwest Coast took place between 1875 and the Great Depression. The scramble for skulls and skeletons, poles, canoes, baskets, feast bowls, and masks went on until it seemed that almost everything not nailed down or hidden was gone. The period of most intense collecting on the coast coincided with the growth of anthropological museums, which reflected the realization that time was running out and that civilization was pushing the indigenous people to the wall, destroying their material culture and even extinguishing the native stock itself.

Douglas Cole examines the process of collecting in the context of the development of museums and anthropology. The main North American museums with Northwest Coast collections -- the Smithsonian Institution, the American Museum of Natural History, Chicago's Field Museum of Natural History, the Royal British Columbia Museum, and the Canadian Museum of Civilization in Ottawa -- were intense rivals in the race against time.

For the new edition of Captured Heritage, Douglas Cole has written a preface in which he outlines developments since the book's first publication in 1985. Since that time, for example, the Kwagiulth Museum and Cultural Center on Quadra Island and the U'Mista Museum and Cultural Center at Alert Bay have been successful in having some of their artifacts repatriated.… (more)

During my time : Florence Edenshaw Davidson, a Haida woman by Margaret B. Blackman
Kwakiutl Art by Audrey Hawthorn
Indians of the North Pacific Coast by Tom McFeat
Haida art by George F. MacDonald
Indian Life on the Northwest Coast of North America, As Seen by the Early Explorers and Fur Traders During the Last Decades of the Eighteenth Century by Erna Gunther
18 more
Northwest Coast Indian art : an analysis of form by Bill Holm
Haida monumentalart : villages of the Queen Charlotte Islands by George F. MacDonald
Images, stone, B.C. : thirty centuries of Northwest coast Indian sculpture : an exhibition originating at the Art Gallery of Greater Victoria by Wilson Duff
Solitary raven : the selected writings of Bill Reid by William Reid
Looking at Indian art of the Northwest Coast by Hilary Stewart
The Northwest Coast: Or, Three years' Residence in Washington Territory by James G. Swan
Looking at totem poles by Hilary Stewart
Indian Primitive by Ralph W. Andrews
The raven steals the light by Bill Reid
The Way of the Masks by Claude Lévi-Strauss
A Stó:lō-Coast Salish historical atlas by Keith Carlson
A long and terrible shadow : white values, native rights in the Americas, 1492-1992 by Thomas R. Berger
Native visions : evolution in northwest coast art from the eighteenth through the twentieth century by Steven C. Brown
Spirit and ancestor : a century of Northwest Coast Indian art at the Burke Museum by Thomas Burke Memorial Washington State Museum.,
The transforming image : painted arts of Northwest Coast First Nations by Bill McLennan
The living tradition of Yup'ik masks : Agayuliyararput (our way of making prayer) by Ann Fienup-Riordan
Cedar : tree of life to the Northwest Coast Indians by Hilary Stewart
Indian legends of the Pacific Northwest by Ella E. Clark
Fewer