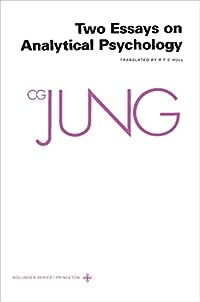 This volume has become known as perhaps the best introduction to Jung's work. In these famous essays. "The Relations between the Ego and the Unconscious" and "On the Psychology of the Unconscious," he presented the essential core of his system. Historically, they mark the end of Jung's intimate association with Freud and sum up his attempt to integrate the psychological schools of Freud and Adler into a comprehensive framework.

This is the first paperback publication of this key work in its revised and augmented second edition of 1966. The earliest versions of the Two Essays, "New Paths in Psychology" (1912) and "The Structure of the Unconscious" (1916), discovered among Jung's posthumous papers, are published in an appendix, to show the development of Jung's thought in later versions. As an aid to study, the index has been comprehensively expanded.

LibraryThing member jwhenderson
“To find out what is truly individual in ourselves, profound reflection is needed; and suddenly we realize how uncommonly difficult the discovery of individuality is.” ― C.G. Jung

I was surprised to find much of the first part of this book, "On the Psychology of the Unconscious", to be a critique of Freud as much as an outline of Jung's position on the topic. Written and revised during World War I and subsequently revised, it is somewhat fragmented, yet still a good introduction to the topic. Part two is a further discussion of the relation of the ego to the unconscious including an introduction to individuation. The wealth of concepts is such that it is easy to lose track of the overall subject matter. My appreciation for the text was primarily concerned with the literary allusions and references to thinkers from Heraclitus to Nietzsche and beyond.… (more)