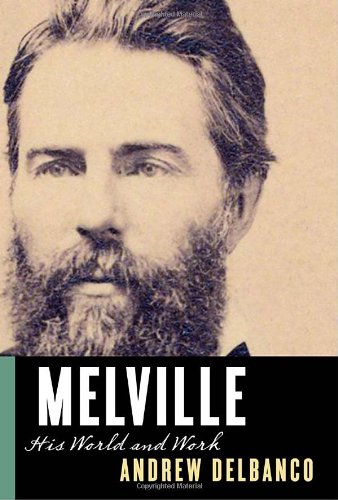 Melville : his world and work

"Andrew Delbanco charts Herman Melville's growth from the bawdy storytelling of Typee - the "labial melody" of his "indulgent captivity" among the Polynesians - through the spiritual preoccupations building up to Moby Dick and such later works as Pierre, or the Ambiguities and The Confidence-Man, His Masquerade. And he creates a narrative of a life that left little evidence in its wake: Melville's peculiar marriage, the tragic loss of two sons, his powerful friendship with Nathaniel Hawthorne and scores of literary cronies, bouts of feverish writing, relentless financial pressure both in the Berkshires and in New York, declining critical and popular esteem, and ultimately a customs job bedeviled by corruption. Delbanco uncovers autobiographical traces throughout Melville's work, even as he illuminates the stunning achievements of a career that, despite being consigned to obscurity long before its author's death ultimately shaped our literature. Finally we understand why the recognition of Melville's genius - led by D.H. Lawrence and E.M. Forster, and posthumous by some forty years - still feels triumphant; why he, more than any other American writer, has captured the imaginative, social, and political concerns of successive generations; and why Ahab and the White Whale, after more than a century and a half, have become durably resounding symbols not only here but around the world."--BOOK JACKET.… (more)