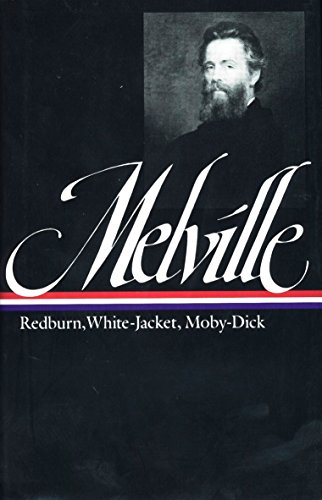 Well over a century after its publication, Moby-Dick still stands as an indisputable literary classic. It is the story of an eerily compelling madman pursuing an unholy war against a creature as vast and dangerous and unknowable as the sea itself. But more than just a novel of adventure, more than an encyclopedia of whaling lore and legend, Moby-Dick is a haunting, mesmerizing, and important social commentary populated with several of the most unforgettable and enduring characters in literature. Written with wonderfully redemptive humor, Moby-Dick is a profound and timeless inquiry into character, faith, and the nature of perception. LIBRARY OF AMERICA is an independent nonprofit cultural organization founded in 1979 to preserve our nation's literary heritage by publishing, and keeping permanently in print, America's best and most significant writing. The Library of America series includes more than 300 volumes to date, authoritative editions that average 1,000 pages in length, feature cloth covers, sewn bindings, and ribbon markers, and are printed on premium acid-free paper that will last for centuries.  … (more)

LibraryThing member hmskip
Redburn (2008): This is a pretty decent story about a young man of the 1840s who goes to sea for the first time. It starts out like an adventure, then it becomes like a travelogue and , finally, at the end, it becomes a story with characters about whom we begin to care. In the meantime, Melville includes many memorable passages.… (more)
4 more
LibraryThing member SamSattler
This is not a "review" of Herman Melville's Moby-Dick. Another one of those wouldn’t do much good. What follows are simply my thoughts and impressions on finally finishing a book that I first attempted, and failed to complete, more than four decades ago. Since that first encounter, I have probably read the first quarter of Melville's classic another ten times without getting any further into the novel. But this time I made it despite setting the book aside for two or three weeks at a time. And I feel like I finally successfully climbed Everest.

Most everyone knows the basic plot of Moby-Dick: nineteenth-century whaler loses his leg to a ghostly white whale and becomes obsessed with revenging his loss by killing the huge creature. Nothing less will do. What most people who have not read the classic do not realize is how few pages of the novel are actually devoted to advancing Melville's plot (my own rough estimate is that less than half of the book's more than 600 pages do so). The rest of the book, the portion that most often drives readers to distraction, is Melville's primer on the nuts and bolts of whaling, whaling ships and their crews, and whale anatomy.

Melville, through the voice of his narrator, builds a strong case that those risking their lives providing a product so critical to the nation deserve much more respect and appreciation than they are accorded by the public. He is also determined that his readers get a proper sense of the size of the creatures whalers were, under the harshest of conditions, battling for the benefit of those who took it all for granted. Melville accomplishes both admirably. The risks these men took with their lives on the open sea are astounding, and modern readers cannot help but be impressed by their skill and courage.

Moby-Dick has a Shakespearian quality to it, even to what at times sounds almost like stage direction inserted by the author as an aside. This quality is most apparent in Melville's dialogue and the way he has his characters regularly speak their deepest and most private thoughts aloud. Both the structure and the philosophical nature of the book contribute to its reputation as one of the greatest novels ever written - despite the generally terrible reception the novel received when first published.

Bottom Line: There is so much going on in Moby-Dick that whole books have been written about the novel. It is, I suspect, on many more "To Be Read" lists than it is on "Read" lists, and this is understandable given its length and complexity. Readers, however, should never permanently abandon their effort to read this classic novel. Just the feeling of accomplishment one gets when that final page is turned is reason enough to keep Moby-Dick on the nightstand as long as it takes.… (more)
LibraryThing member FKarr
read White-Jacket only
LibraryThing member Coach_of_Alva
Two typically brillant autobiographical novels and America's great Shakespearean allegory.
LibraryThing member gregdehler
Read Redburn, which is a great tale of a sailor from NY across the Atlantic to Liverpool and back. This was Melville's first novel. Young Redburn was very naive and I saw a lot of a young me in him. In one moment, he becomes overwhelmed on a ferry and has a meltdown with a gun. Although no one was hurt, it sounded eerily like something that could happen in our own day with much more disastrous consequences. While Redburn has many serious moments, it also had many humorous or downright funny moments as well. As an historian, I found his comments on race and immigration interesting as a source from the late 1840s as both became issues in the wake of the Mexican War and the Irish Potato Famine.… (more)
Fewer