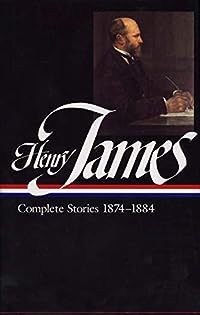 In the years when he achieved his greatest success as a novelist, Henry James was also contributing stories prolifically to popular magazines. Stories collected in this Library of America volume (the second of five volumes of James's stories) show James working out, in a more concise fictional laboratory, themes that appear in such novels of the period as The Portrait of a Lady and The Bostonians. They include some of his most famous explorations of the international theme: "Daisy Miller," the unforgettable portrayal of an innocent, headstrong American girl at odds with European mores, "An International Episode" and "Lady Barberina," satirically probing tales of English aristocrats and the American marriage market, and "The Siege of London," in which an American widow strives to work her way into English society. In "A Bundle of Letters" and "The Point of View," James makes a fascinating experimental use of the epistolary form. "Professor Fargo" presents an unusually bleak view of the darker side of American life, while "The Author of 'Beltraffio'" offers a disturbing portrait of a fin-de-siècle novelist. Throughout, James wittily limns the demands and hidden struggles of social life, and hones his mastery of the unexpected resolution and the brilliantly framed moral portrait. Adventurous in narrative technique, yet marked by precise observation rendered in quicksilver prose, the stories of James's middle period present a breathtaking array of memorable characters and beguiling scenarios. LIBRARY OF AMERICA is an independent nonprofit cultural organization founded in 1979 to preserve our nation's literary heritage by publishing, and keeping permanently in print, America's best and most significant writing. The Library of America series includes more than 300 volumes to date, authoritative editions that average 1,000 pages in length, feature cloth covers, sewn bindings, and ribbon markers, and are printed on premium acid-free paper that will last for centuries.… (more)