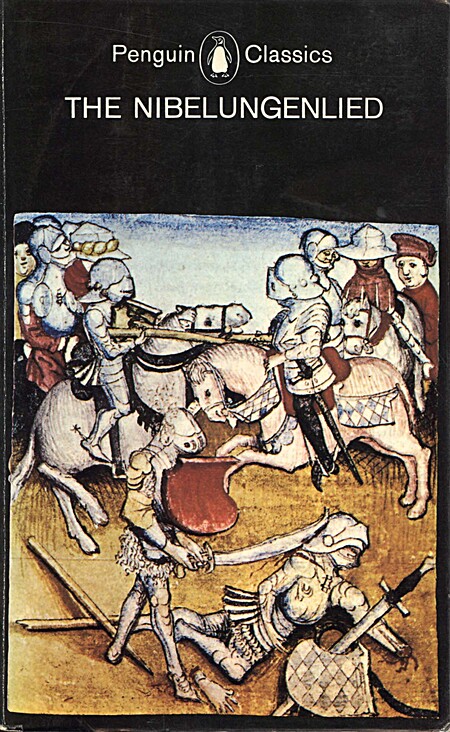 A new verse translation of the great German epic poem that inspired Wagner's Ring Cycle and J. R. R. Tolkien's The Lord of the Rings No poem in German literature is so well known and studied in Germany and Europe as the 800-year-old Das Nibelungenlied. In the English-speaking world, however, the poem has remained little known, languishing without an adequate translation. This wonderful new translation by eminent translator Burton Raffel brings the epic poem to life in English for the first time, rendering it in verse that does full justice to the original High Middle German. His translation underscores the formal aspects of the poem and preserves its haunting beauty. Often called the German lliad, Das Nibelungenlied is a heroic epic both national in character and sweeping in scope. The poem moves inexorably from romance through tragedy to holocaust. It portrays the existential struggles and downfall of an entire people, the Burgundians, in a military conflict with the Huns and their king. In his foreword to the book, Michael Dirda observes that the story "could be easily updated to describe the downfall of a Mafia crime family, something like The Godfather, with swords." The tremendous appeal of Das Nibelungenlied throughout the nineteenth and twentieth centuries is reflected in such works as Richard Wagner's opera tetralogy Der Ring des Nibelungen, Fritz Lang's two-part film Die Nibelungen, and, more recently, J. R. R. Tolkien's The Lord of the Rings.  … (more)

LibraryThing member thewalkinggirl
On the plus side, the pervasive misogyny reminded me why I'm a feminist and the pervasive violence reminded me why I'm not a fan of troglodyte politics. Also, the explanatory footnotes were really helpful in understanding the culture, even though the translation was a bit awkward at times (which may have been due to the source material, but I was hoping for something a bit more lyrically written).

On the negative side, I really hated reading it. None of the characters were particularly sympathetic. Siegfried was an ass and I wanted him dead even before he raped Brunhild. Kriemhild had potential, but I never understood her selfish/selfless devotion to Siegfried (because he was an ass). At first, Brunhild was kind of awesome in a Xena Warrior Princess sort of way, but after she was tricked/forced into marriage with Gunther she became surprisingly malicious. I still found her to be an interesting protagonist, but then she completely disappeared in the second half. I actually kind of liked Hagen in the first part, probably because he was conspiring against Siegfried (who was an ass), but in the second part where we're supposed to recognize Hagen's heroic qualities, he seemed like a completely horrible person.

Which all probably just goes to show how much the idea of heroism and morality has changed over the past millennium, so I'm glad I read this in the sense that I learned a lot. However, I can't ever see myself reading it again or recommending to anyone (unless they're really into gender studies or medieval history).… (more)
7 more
LibraryThing member ReadThisNotThat
The Nibelungenlied was one of many epics assigned for my World Literature class. It is a German war epic thought to be written in the 13th century although its author is unknown. I haven't read any other translations of this epic poem but A.T. Hatto's prose translation kept me interested throughout the entire story with a good balance of dialogue and action. This story of rivalry and love contains many twists and turns, none of which I want to mention for fear of giving away too much, but I will say it is a story that will surprise you with each new page. What I found particularly helpful with this Penguins Classics edition is The Glossary of Characters' Names located in the back of book.… (more)
LibraryThing member DinadansFriend
This is the version in English you should read as a narrative. I have another translation "translated into Rhymed English Verse in the Metre of the Original" by George Henry Needler, which I use for short quotes. Arthur Hatto has a fine hand, leaving an air of bardic strangeness in his prose translation. Most people have read a gloss of Wagner's Ring or the Volsung Saga which is an Icelandic redaction of this material, but neither of these is the long-time hit. The balance of the story is different, and I recommend this translation. No one should pass up Stephen Grundy's masterly modern re-work either! But do read this one!… (more)
LibraryThing member dieewigenacht
Really. In all honestly I'm not one to review this book, I have no previous knowledge of the genre, and I just wanted to read something different.
I don't know if it was the way it is written, or the time, or just the strange use of language, but it was hard for me to actually understand a good part of the book.
The plot though, it's interesting, a little unfair towards the female part of it, but interesting after all.… (more)
LibraryThing member 391
Das Nibelungenlied is an epic tragedy that starts out strong and ends with a fantastic final flourish. However, purely read as literature, it's a bit boring and tried.
LibraryThing member anneofia
Abridged from Wikipedia: "The Nibelungenlied is an epic poem in Middle High German which tells the story of dragon-slayer Siegfried at the court of the Burgundians, how he was murdered and his wife Kriemhild's revenge. The Nibelungenlied is based on pre Christian Germanic heroic motifs which include oral traditions and reports based on historic events of the 5th and 6th centuries"… (more)
LibraryThing member scottcholstad
One of my very favorite Medieval works. Genius!
LibraryThing member hbergander
This German epos of great moment has been sadly present up to the horrible World War II, when it was exploited by the Nazi propaganda. Even nowadays, often an unnecessary touch of bombastic heroism wanders like a Nibelungen ghost through German TV police series. Any American C-movie seems to be more optimistic beyond crime and punishment.… (more)
Fewer

Parzival by Wolfram von Eschenbach
Tristan: With the Surviving Fragments of the 'Tristan of Thomas' by Gottfried von Strassburg
- The Elder Edda: A Book of Viking Lore by Anonymous
The Prose Edda: Tales From Norse Mythology by Snorri Sturluson
Njal's Saga by Magnus Magnusson
38 more
The Song of Roland by Anonymous
The Mabinogion by Anonymous
Willehalm by Wolfram von Eschenbach
The Kalevala: An Epic Poem after Oral Tradition by Elias Lönnrot
King Harald's Saga: Harald Hardradi of Norway: From Snorri Sturluson's Heimskringla by Snorri Sturluson
Laxdaela Saga by Anonymous
Egil's Saga by Anonymous
The History of the Kings of Britain by Geoffrey of Monmouth
Arthurian Romances by Chretien de Troyes
The Saga of the Volsungs by Anonymous
The Voyage of Argo: The Argonautica by Apollonius of Rhodes
A History of the Franks by Gregory of Tours
Ring of the Nibelung by Richard Wagner
Piers the Ploughman by William Langland
Hrafnkel's Saga and Other Icelandic Stories by Anonymous
The Quest of the Holy Grail by Anonymous
The Death of King Arthur by Anonymous
The Epic of Gilgamesh by Anonymous
Orkneyinga Saga: The History of the Earls of Orkney by Anonymous
Early Irish Myths and Sagas by Jeffrey Gantz
Two Lives of Charlemagne by Einhard
Seven Viking Romances by Hermann Palsson
The Secret History by Procopius
Guide to Greece 1: Central Greece by Pausanias
Chronicles of the Crusades by Jean de Joinville
The Georgics by Virgil
The Tain: From the Irish Epic "Tain Bo Cuailnge" by Louis le Brocquy
Eyrbyggja Saga by Anonymous
Chronicles by Jean Froissart
The Journey Through Wales and The Description of Wales by Gerald of Wales
The Romance of the Rose by Guillaume de Lorris
Sir Gawain and the Green Knight by Anonymous
Gods and Myths of Northern Europe by H. R. Ellis Davidson
Metamorphoses by Ovid
Adventures of a Simpleton (Simplicius Simplicissimus) by Hans J. Grimmelshausen
The Letters of Abelard and Heloise by Peter Abelard
The Alexiad of Anna Comnena by Anna Comnena
The Lais of Marie de France by Marie de France
Fewer