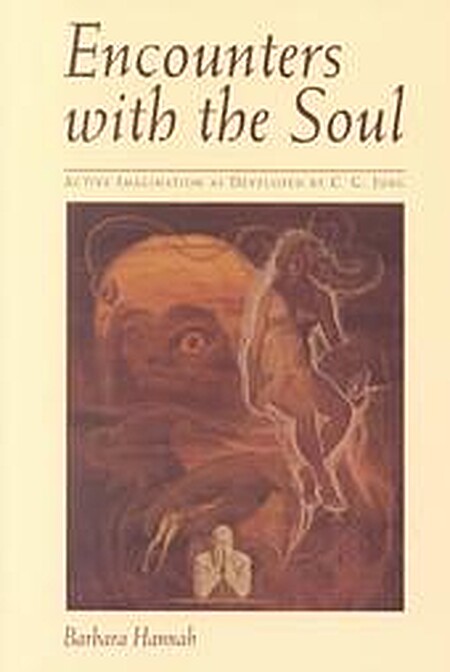 Encounters with the soul : active imagination as developed by C.G. Jung

Barbara Hannah, Jungian analyst and author, explores Jung’s method of “active imagination,” often considered the most powerful tool in analytical psychology for achieving direct contact with the unconscious and attaining greater inner awareness. Using historical and contemporary case studies, Hannah traces the human journey toward personal wholeness. This approach to confronting the unconscious is a healing process that applies to both men and women and deals in depth with the injured feminine as well as many powerful archetypal forces.

Encounters with the Soul is the first and only book I know of which can promote the understanding of 'active imagination' by illustrating through various examples, the steps, pitfalls and successes of this method of encountering the unconscious.

Barbara Hannah (1891–1986) was born in England. She went to Zürich in 1929 to study with Carl Jung and lived in Switzerland the rest of her life. A close associate of Jung until his death, she was a practicing psychotherapist and lecturer at the C.G. Jung Institute. Her books available from Chiron include The Archetypal Symbolism of Animals; Encounters with the Soul; Jung, His Life and Work: A Biographical Memoir; and Striving Toward Wholeness.

Ego and archetype; individuation and the religious function of the psyche by Edward F. Edinger
Anatomy of the psyche : alchemical symbolism in psychotherapy by Edward F. Edinger
Ecstasy : understanding the psychology of joy by Robert A. Johnson
Striving Toward Wholeness by Barbara Hannah
Complex/archetype/symbol in the psychology of C. G. Jung by Jolande Székács Jacobi
36 more
Alchemical active imagination by Marie-Luise Von Franz
Essays on a science of mythology : the myth of the divine child and the mysteries of Eleusis by C. G. Jung
The Jungian experience : analysis and individuation by James A. Hall
Projection and re-collection in Jungian psychology : reflections of the soul by Marie-Luise Von Franz
Alchemy : an introduction to the symbolism and the psychology by Marie-Luise Von Franz
The Collected Works of C.G. Jung, Volumes 4,12,16: Dreams by C. G. Jung
Dreams, a portal to the source by Edward C. Whitmont
The symbolic quest : basic concepts of analytical psychology by Edward C. Whitmont
The collected Works of C.G. Jung, Volume 9, Part I: The archetypes and the collective unconscious by C.G. Jung
C.G. Jung, Psychological reflections : a new anthology of his writings, 1905-1961 by C. G. Jung
On Dreams and Death by Marie-Louise Von Franz
Healing fiction by James Hillman
Animus and anima by Emma Jung
Puer papers by James Hillman
Mysterium coniunctionis : an inquiry into the separation and synthesis of psychic opposites in alchemy by C. G. Jung
Psychology and alchemy by C. G. Jung
A blue fire : selected writings by James Hillman
The creation of consciousness : Jung's myth for modern man by Edward F. Edinger
The Collected Works of C.J. Jung, Volume 7: Two essays on analytical psychology by C. G. Jung
A Primer of Jungian Psychology by Calvin S. Hall
Jungian analysis by Murray Stein
Owning your own shadow : understanding the dark side of the psyche by Robert A. Johnson
Inner work : using dreams and active imagination for personal growth by Robert A. Johnson
Anima : an anatomy of a personified notion by James Hillman
The psychology of C.G. Jung : an introduction with illustrations by Jolande Jacobi
The Mysterium lectures : a journey through C.G. Jung's Mysterium coniunctionis by Edward F. Edinger
Jung's typology by Marie-Luise Von Franz
The I and the not-I : a study in the development of consciousness by M. Esther Harding
The pregnant virgin : a process of psychological transformation by Marion Woodman
The myth of meaning in the work of C.G. Jung by Aniela Jaffé
Romancing the shadow : illuminating the dark side of the soul by Connie Zweig
He : understanding masculine psychology : Robert A. Johnson by Robert A. Johnson
Jung lexicon : a primer of terms & concepts by Daryl Sharp
Addiction to perfection : the still unravished bride : a psychological study by Marion Woodman
Psyche and symbol : a selection from the writings of C.G. Jung by C. G. Jung
Transformation : understanding the three levels of masculine consciousness by Robert A. Johnson
Fewer