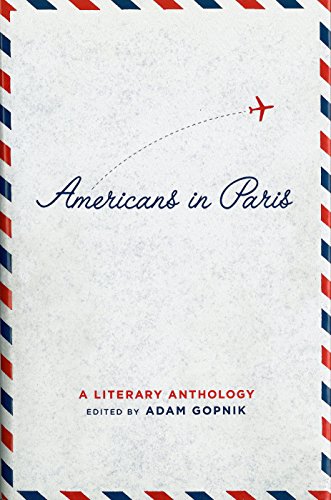 Americans in Paris: A Literary Anthology

"From the earliest years of the American republic, Paris has provoked an extraordinary American literary response. An almost inevitable destination for writers and thinkers, Paris has been many things to many Americans: a bastion of old-world traditionalism, a hot-bed of revolutionary ideologies in politics and art, and above all a space in which to cultivate an openness to life and love impossible at home. Through stories, letters, memoirs, poems and journalism, Americans in Paris distills three centuries of vigorous, glittering, and powerfully emotional writing about the place that Henry James called "the most brilliant city in the world" and that Ernest Hemingway characterized as "a moveable feast.""--Jacket.

LibraryThing member bostonian71
Thoughtful and for the most part engrossing anthology of essays about one of my favorite cities. I read this book to help get me in the mood for an upcoming trip, and I enjoyed seeing how different people over the decades experienced the people, society and history of Paris. There were a few inclusions I could've done without; to me, the writing styles of Henry Miller and Gertrude Stein completely overshadowed any substance, and Henry James' story just made my head spin. Still most of the choices are insightful and intelligent, and there are even some lighter selections to counterbalance the more serious essays. (My favorite of those is A.J. Liebling's account of his research into finding the tastiest French food for the price he could afford on his monthly stipend for whatever it was he was really supposed to be studying.)… (more)
2 more
LibraryThing member xieouyang
Although I have read only about a quarter of the contents, I am enthralled by this book. The richness of writing is truly amazing. It brings the best of American writing within the context of being in Paris, obviously. Aside from getting exposed to a great variety of writers and topics, this is a book that could be an introduction to American writers and artists, since some (or many?) of them may not be known to the reader. Plus names that are known superficially may give the reader an incentive to pursue them and actually read the full works.
This is what's happened to me so far. I am intrigued by two writers that I've read their excerpts, Sherwood Anderson and Anita Loos. The first one I am familiar with but have not had the interest to read his works, perhaps this is the time to do so now. Anita Loos is a name that I had not heard before, although I was familiar with the movie Gentlemen Prefer Blondes based on her book. But the brief excerpt from the book proved to be so hilarious and well written that I will definitely read some of her works.
In general, this anthology covers Americans of all types. From the Founding Fathers (e.g., Jefferson, Franklin) to famous writers (Faulkner for instance) to painters (such as Catlin) and even the famous celebrity P. T. Barnum! All in all it is a trip through U.S. history (in names only) and their perspectives of Paris.… (more)
LibraryThing member emilyesears
My one problem with this book is that there were rarely translations of the French phrases used. I looked some of them up, but most of the time I guessed.
Fewer