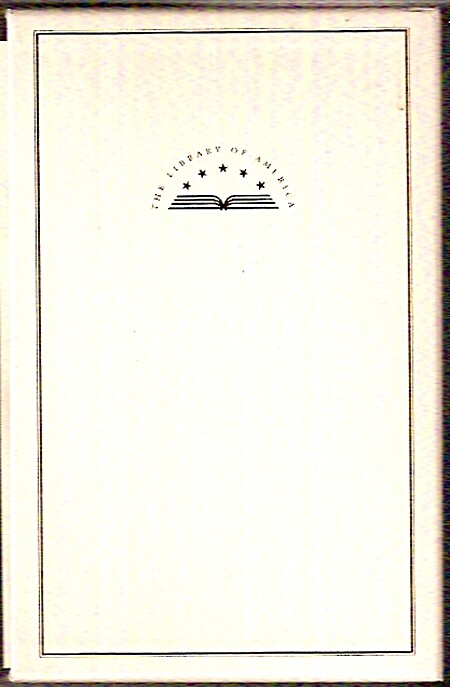 Novelist, essayist, and public intellectual, James Baldwin was one of the most brilliant and provocative literary figures of the postwar era, and one of the greatest African-American writers of this century. A self-described "transatlantic commuter" who spent much of his life in France, Baldwin joined a cosmopolitan sophistication to a fierce engagement with social issues. Here are the complete texts of his early landmark collections, Notes of a Native Son (1955) and Nobody Knows My Name (1961), which established him as an essential intellectual voice of his time, fusing in unique fashion the personal, the literary, and the political. The classic The Fire Next Time (1963), perhaps the most influential of his writings, is his most penetrating analysis of America's racial divide, and an impassioned call to "end the racial nightmare ... and change the history of the world." The later volumes No Name in the Street (1972) and The Devil Finds Work (1976) chart his continuing response to the social and political turbulence of his era. A further thirty-six essaysnine of them previously uncollected - include some of Baldwin's earliest published writings, as well as revealing later insights into the language of Shakespeare, the poetry of Langston Hughes, and the music of Earl Hines.… (more)

Baldwin’s literary fame had been built on a complex and elusive sense of racial reconciliation, drawing together disparate but nonetheless proximate corners of the U.S. reading public. Those connections had been tough enough to forge in books and magazines. Reconcilation in history would be much harder than that. But, as he wrote in The Fire Next Time, “human history in general, and Negro history in particular,” testified “to nothing less than the perpetual achievement of the impossible.”

LibraryThing member laytonwoman3rd
This volume contains several selections from Baldwin's work. My review of [The Fire Next Time] follows:
Two long essays, one in the form of a letter to Baldwin's nephew, comprise this work, which contains some of the most articulate, sane and inspiring writing to hit me since I first read Walden and thought "this man sees things as I do, and can put it into words!" And what words they are. "This innocent country set you down in a ghetto in which...it intended that you should perish...You were born where you were born and faced the future that you faced because you were black and for no other reason...You were not expected to aspire to excellence: you were expected to make peace with mediocrity...Please try to remember that what they believe, as well as what they do and cause you to endure, does not testify to your inferiority but to their inhumanity and fear...There is no reason for you to try to become like white people and there is no basis whatever for their impertinent assumption that they must accept you....You must accept them and accept them with love. For these innocent people have no other hope. They are, in effect, still trapped in a history which they do not understand; and until they understand it, they cannot be released from it. They have had to believe for many years, and for innumerable reasons, that black men are inferior to white men...But these men are your brothers--your lost, younger brothers. And if the word integration means anything, this is what it means: that we, with love, shall force our brothers to see themselves as they are, to cease fleeing from reality and begin to change it. For this is your home, my friend, do not be driven from it; great men have done great things here, and will again."

Full of wise observations, clearly made from the perspective of a young African American male in the early 1960's, and yet considerably more hopeful for the future than someone of his background had any reason to feel at that trying time in our history. His view of how humans should treat each other is singularly lacking in contempt, bitterness or desire for retribution, but it is realistic and not deceptively rose-tinted, either. "If one is continually surviving the worst that life can bring, one eventually ceases to be controlled by a fear of what life can bring; whatever it brings must be borne. And at this level of experience...hatred becomes too heavy a sack to carry...The apprehension of life here so briefly and inadequately sketched has been the experience of generations of Negroes, and it helps to explain how they have endured and how they have been able to produce children of kindergarten age who can walk through mobs to get to school...It demands great spiritual resilience not to hate the hater whose foot is on your neck, and an even greater miracle of perception and charity not to teach your child to hate...If we--and now I mean the relatively conscious whites and the relatively conscious blacks,...do not falter in our duty now, we may be able, handful that we are, to end the racial nightmare, and achieve our country, and change the history of the world."

This is eloquence and insight of the richest sort. I wish Baldwin were still around to comment on the last few decades.

Review written September 2014… (more)
3 more
LibraryThing member Mr.Durick
The journalists recollect James Baldwin when they talk about police killings, and James Baldwin was at Selma for the march with the Reverend Dr. Martin Luther King, Jr. Just before the murder at Ferguson I accidentally came into the Library of America volume Baldwin: Collected Essays. It took awhile, and I read other things in the meantime, but I have read the volume now and think that I am a better informed person now. It is true that I would like to have his reaction to some more recent doings — police killings continue, we have an African American President.

He is angry in his writing (and that may enrich his expressions of love), and he justifies that anger. He knows the ins and outs of the subjects he tackles as for example (not his words) hurry up and wait. But what impressed me over and over and over even as I admired his presence in the events he joined (a novelist is a person on whom nothing is lost) was his expressiveness in American English. The man can write. It is fluid; nothing calls out, "Look at this." He talks so lucidly that you can count the grains of sand on the bottom.

I hope, but maybe know myself better, to keep this book at hand. When something comes up that he has commented on I would like to turn back to it and glance at his opinion and, impossible to avoid, how he expressed it.… (more)
LibraryThing member annbury
A great read. Baldwin was enormously talented and most of his talents are exhibited here. Unfortunately he is something of a one-note writer on the black experience. He always comments on the US treatment of blacks and, while his observations are keen and witty, he tends to belabor the point ad nauseam, Still, this is a great book, with all of his essays in it, including many that were commercially sponsored and all of his major works as well. He is very good on growing up in Harkem and is kinder towards the police than I would be. He could not have known that the US was dependent on cotton and the blacks as far back as 1750, nor does he exhibit any knowledge about the number of millionaires in Natchez MS in 1860: two-thirds of the total in America. Perhaps he just knew this but I doubt it. There has been a lot of books written and research done in these areas since Baldwin's death, and he cannot be blamed for this. He is wonderful on the people who helped him, as well as those who just opposed any move to civil rights, whether black or white. As a result of reading this book, I will change my life,… (more)
LibraryThing member bexaplex
James Baldwin: Collected Essays is an astounding collection of personal recollection, literary critique and political commentary. Baldwin, summarized on the back cover as having "burning passion and jabbing, epigrammatic acuity", never strayed from his vision of a truthful search for identity as the only occupation of a meaningful life.… (more)
Fewer

Writings by W. E. B. Du Bois
I Am Not Your Negro: A Companion Edition to the Documentary Film Directed by Raoul Peck by James Baldwin
Known and Strange Things: Essays by Teju Cole