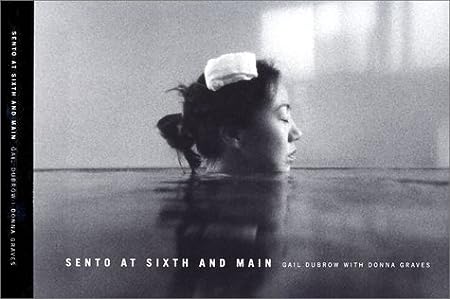 The Hashidate-Yu, a Japanese-style public bathhouse, or sento, gave Japanese immigrants and their families a chance to relax and socialize at the corner of Sixth and South Main Streets in Seattle, the heart of the area known as Nihonmachi, or Japantown. There used to be hundreds of bathhouses in Japanese American communities across the United States, but the Hashidate-Yu, carefully preserved in recent years, is one of only two of these historic sento that have survived. The details found there are poignant reminders of daily life in Japanese America prior to internment during World War II.3Sento at Sixth and Main combines in-depth research on historic places, personal memories, and striking vintage photographs to showcase once-familiar parts of Japanese American life -- bathhouses, community halls, farms, lumber camps, temples, schools, hospitals, midwiferies, and bowling alleys. This exploration of a previously undocumented architectural heritage weaves the loose thread of Japanese American history back into the fabric of public memory. Focusing on ten places significant in Japanese American heritage -- located in Seattle, Auburn, and Selleck in Washington and Sebastopol, San Jose, and Los Angeles in California -- 3Sento at Sixth and Main also calls attention to the many landmarks awaiting further study and protection.Gail Dubrow is an associate professor in the College of Architecture and Urban Planning at the University of Washington and director of the Preservation Planning and Design Program. She is co-editor of 3Restoring Women's History through Historic Preservation. Donna Graves is a writer and cultural planner in Berkeley, California.… (more)