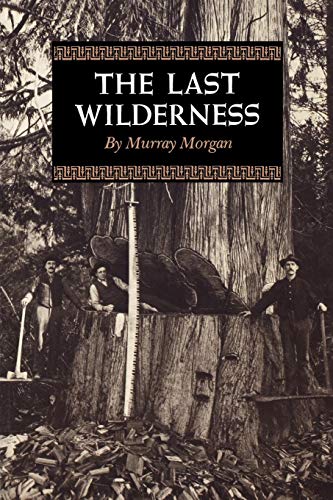 First published in 1955, this book tells the lively and entertaining story of the Olympic Peninsula, "the fist of land thrust north between Puget Sound and the Pacific Ocean, a wilderness area of six thousand square miles, as large as the state of Massachusetts, more rugged than the Rockies, its lowlands blanketed by a cool jungle of fir and pine and cedar, its peaks bearing hundreds of miles of living ice that gave rise to swift rivers alive with giant salmon; the first land in the Pacific Northwest to be reported by explorers, the last to be mapped--the last wilderness." Murray Morgan has recorded the epic adventures of the pioneers of this remote region in this rousing and humor-filled saga, one that should capture the imagination of Americans everywhere.… (more)

Puget's Sound : a narrative of early Tacoma and the southern Sound by Murray Cromwell Morgan
The untamed Olympics; the story of a peninsula by Ruby El Hult
Washington : a centennial history by Robert E. Ficken
Washington State place names by James Wendell Phillips
Skid road : an informal portrait of Seattle by Murray Cromwell Morgan
24 more
Oysterville : roads to grandpa's village by Willard R. Espy
The Northwest Coast: Or, Three years' Residence in Washington Territory by James G. Swan
Across the Olympic Mountains : The Press Expedition, 1889-90 by Robert L. Wood
The Natural History of Puget Sound Country by Arthur R. Kruckeberg
Seattle: Then & Now by James Madison Collins
Utopias on Puget Sound : 1885-1915 by Charles Pierce LeWarne
The final forest : the battle for the last great trees of the Pacific Northwest by William Dietrich
Whistlepunks & Geoducks : Oral Histories From the Pacific Northwest by Ron Strickland
Olympic battleground : the power politics of timber preservation by Carsten Lien
Seattle now & then by Paul Dorpat
Northwest passage : the great Columbia River by William Dietrich
Seattle, past to present by Roger Sale
Exploring Washington's past : a road guide to history by Ruth Kirk
A history of the North Olympic Peninsula by Patricia Campbell
Washington, a bicentennial history by Norman H. Clark
Island in the sound by Hazel Heckman
Cascade-Olympic natural history by Daniel Mathews
The Canoe and the Saddle; or, Klalam and Klickatat by Theodore Winthrop
The Good Rain: Across Time and Terrain in the Pacific Northwest by Timothy Egan
Island Year by Hazel Heckman
The Collector : David Douglas and the Natural History of the Northwest by Jack Nisbet
Washington Territory by Robert E. Ficken
Guilty by Circumstance by Ron Fowler
Gods & Goblins: A Field Guide to Place Names of the Olympic National Park by Smitty Parratt
Fewer