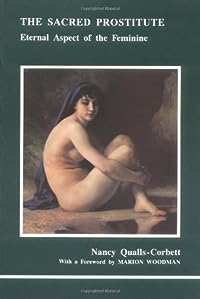 The sacred prostitute : eternal aspect of the feminine

The author illustrates how our vitality and capacity for joy depend on restoring the soul of the sacred prostitute to its rightful place in consciousness.

LibraryThing member paradoxosalpha
This entry in the Studies in Jungian Psychology by Jungian Analysts series of monographs is a quick read with some useful information. Its allegedly "historical" picture is, however, deeply flawed. While I wouldn't necessarily expect the level of skepticism occasioned by more recent work like Budin's Myth of Sacred Prostitution in Antiquity, even in the 1980s there were more reliable materials than the ones Qualls-Corbett chose as her sources of "fact." Her first chapter, which concerns itself with this "historical background" is frankly embarrassing -- and unnecessarily so, since the data of myth and legend are even more apposite to the psychological concerns of the book than any putative historical origins.

Another problem is the patently theological sensibility exhibited by the author when she treats "the goddess" as an entity of objective consensus in antiquity and universal relevance in modernity. The vague sort of positive associations with "life" and "love" and "the body" advanced in such passages serve only to solicit the reader's enthusiasm for this theological project, without really giving it much coherence or specificity. In the course of the book, the "sacred prostitute" is reduced to the "priestess of the goddess," and the term is applied quite freely to any female figure who is sanctified and/or sexual, so that the book seems rarely to realize its title by getting to the whore at the core.

The third and fourth chapters treat the sacred prostitute as an image of the anima, with exploration of anima development in men and women respectively. These sections are leavened with a great deal of case-study material, most of which consists of the dreams of analysands, along with Qualls-Corbett's interpretations. Mixed in with these, and offered as data of the same level of salience, are several literary excerpts, including two passages from D.H. Lawrence.

In the second and fifth chapters the emphasis is on comparative mythology and religion, and these contain some interesting reflections, although they also exhibit some notable blind spots. (The author seems unaware that Beauty and the Beast is a conscious reworking of the fable of Cupid and Psyche, for example.) There is a helpful high-level gloss of Wagner's Parsifal, some reasonable hypotheses about pagan survival in European Mariolatry, and other intriguing details.

A short book, The Sacred Prostitute can certainly repay the slight bother of reading it for an informed, critical reader. But I don't know that I'd recommend it to the more general inquirer to whom Qualls-Corbett seems to be addressing her writing here.… (more)

The pregnant virgin : a process of psychological transformation by Marion Woodman
The ravaged bridegroom : masculinity in women by Marion Woodman
Addiction to perfection : the still unravished bride : a psychological study by Marion Woodman
Animus and anima by Emma Jung
Descent to the Goddess : a way of initiation for women by Sylvia Brinton Perera
37 more
Phallos : sacred image of the masculine by Eugene Monick
Dancing in the flames : the dark goddess in the transformation of consciousness by Marion Woodman
The scapegoat complex : toward a mythology of shadow and guilt by Sylvia Brinton Perera
Aspects of the Feminine by C. G Jung
Leaving my father's house : a journey to conscious femininity by Marion Woodman
The fear of the feminine and other essays on feminine psychology by Erich Neumann
The phallic quest : Priapus and masculine inflation by James Wyly
Amor and Psyche : the psychic development of the feminine : a commentary on the tale by Apuleius by Apuleius.,
Touching : body therapy and depth psychology by Deldon Anne McNeely
Anima : an anatomy of a personified notion by James Hillman
Conscious femininity : interviews with Marion Woodman by Marion Woodman
Anatomy of the psyche : alchemical symbolism in psychotherapy by Edward F. Edinger
The I and the not-I : a study in the development of consciousness by M. Esther Harding
Archetypal psychology : a brief account : together with a complete checklist of works by James Hillman
Projection and re-collection in Jungian psychology : reflections of the soul by Marie-Louise von Franz
Swamplands of the soul : new life in dismal places by James Hollis
Complex/archetype/symbol in the psychology of C. G. Jung by Jolande Székács Jacobi
Ego and archetype; individuation and the religious function of the psyche by Edward F. Edinger
Aspects of the Masculine by C. G. Jung
Jung's typology by Marie-Louise von Franz
The Jungian experience : analysis and individuation by James A. Hall
The creation of consciousness : Jung's myth for modern man by Edward F. Edinger
The great mother : an analysis of the archetype by Erich Neumann
The Eden project : in search of the magical other by James Hollis
Woman's mysteries, ancient and modern : a psychological interpretation of the feminine principle as portrayed in myth, story, and dreams by M. Esther Harding
Re-visioning psychology by James Hillman
The mother : archetypal image in fairy tales by Sibylle Birkhäuser-Oeri
Alchemical active imagination by Marie-Louise von Franz
Under Saturn's shadow : the wounding and healing of men by James Hollis
Goddesses in everywoman : a new psychology of women by Jean Shinoda Bolen
Hags and heroes : a feminist approach to Jungian psychotherapy with couples by Polly Young-Eisendrath
The invisible partners : how the male and female in each of us affects our relationships by John A. Sanford
The problem of the puer aeternus by Marie-Louise von Franz
Narcissism and character transformation : the psychology of narcissistic character disorders by Nathan Schwartz-Salant
In Midlife: A Jungian Perspective by Murray Stein
The way of all women : a psychological interpretation by M. Esther Harding
Healing fiction by James Hillman
Fewer