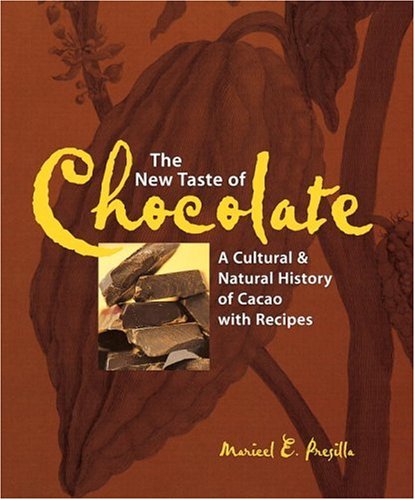 The New Taste of Chocolate: A Cultural and Natural History of Cacao with Recipes

Drawing on interviews with the black survivors of Nazi concentration camps and archival research in North America, Europe, and Africa, this book documents and analyzes the meaning of Nazism's racial policies towards people of African descent, and the impact of that legacy on contemporary race relations in Germany, and more generally, in Europe. The book also specifically addresses the concerns of those surviving Afro-Germans who were victims of Nazism, but have not generally been included in or benefited from the compensation agreements that have been developed in recent years.

The True History of Chocolate (Second Edition) by Sophie D. Coe
Chocolate: History, Culture, and Heritage by Louis E. Grivetti
Uncommon Fruits & Vegetables : A Commonsense Guide by Elizabeth Schneider
Bittersweet: Recipes and Tales from a Life in Chocolate by Alice Medrich
Dictionary of Italian Food and Drink by John Mariani
13 more
The Science of Chocolate (Rsc Paperbacks) by S. Beckett
Of Sugar and Snow: A History of Ice Cream Making (California Studies in Food and Culture) by Jeri Quinzio
Bugialli's Italy: Traditional Recipes From The Regions Of Italy by Giuliano Bugialli
Chocolate: From Simple Cookies to Extravagant Showstoppers by Nick Malgieri
Chocolates and Confections: Formula, Theory, and Technique for the Artisan Confectioner by Peter P. Greweling
Charlie Trotter's Desserts by Charlie Trotter
Death by Chocolate: The Last Word on a Consuming Passion by Marcel Desaulniers
Essence of Chocolate: Recipes for Baking and Cooking with Fine Chocolate by Robert Steinberg
Baking by Flavor by Lisa Yockelson
Spago Desserts by Mary Bergin
Chocolate Cake by Michele Urvater
Panini, Bruschetta, Crostini by Viana La Place
The Inn at Little Washington Cookbook: A Consuming Passion by Patrick O'Connell
Fewer