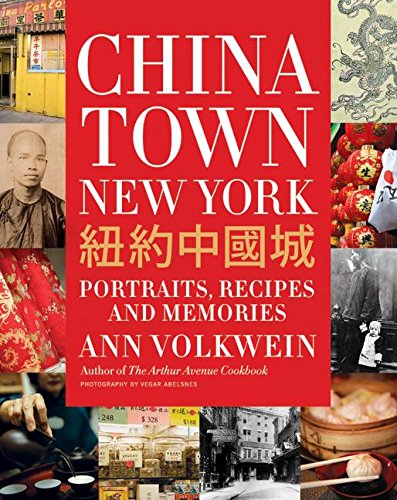 A lush, vibrant tour of the people, places, and food that make New York City's Chinatown one of the world's most celebrated neighborhoods In the mid-nineteenth century, Chinatown became the destination for a small influx of Chinese immigrants. Today, this area boasts the largest concentration of Chinese in the Western Hemisphere, abundant fruit and fish markets, restaurants, and sundry retail shops. Chinatown New York provides a cultural snapshot of this captivating place through its immigration history, temples, associations, the stories of people who have lived there for generations--and the recipes that make its food scene buzz. Ann Volkwein invites readers to explore Chinatown's hundreds of restaurants, which stretch to the outer reaches of the neighborhood. Readers can enjoy fresh seafood cooked Hong Kong-style at Fuleen Seafood, see a colorful array of dumplings at Dim Sum GoGo, or stop by Hop Kee Restaurant, a subterranean space on Mott Street and a neighborhood classic. And the book is peppered with mouthwatering recipes from neighborhood chefs--including Longevity Noodles, Shredded Duck Dumplings, and Shanghainese Pork Shoulder. Next, Volkwein encourages the reader to celebrate the Chinese New Year with neighborhood residents by attending the parade down East Broadway and preparing a symbolic feast. From there, she takes readers to Ten Ren Tea, where owners Mark and Ellen Lii brew the perfect cup of tea in a traditional ceremony. Of course, no visit to Chinatown would be complete without a walk through its food markets and herbal medicine stores, and the book demystifies some of the more unusual finds, from dried bird's nest to opo squash. Filled with vibrant photography that captures the vitality of this fascinating place, Chinatown New York offers readers an intimate look at one of New York's most beloved neighborhoods.… (more)