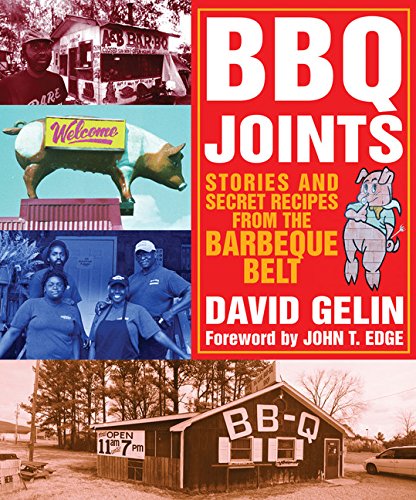 BBQ Joints: Stories and Secret Recipes from the Barbeque Belt

In Barbecue Joints, travel the highways and byways with a true barbecue aficionado, David Gelin, and share the scrumptious odors of hickory pits and the tangy sauces and rubs that make barbecue the signature dish of the South. Look closely and you will recognize a South where barbecue is a kind of national dish and the people who cook and serve it are, well, national heroes. This book is not just about the joints, but even more so about the good folks who are the heart and soul of them. Barbecue Joints is more than a heartfelt tale of the colorful characters that run them-it also serves as a travel guide as well as a how-to on barbecue, filled with recipes as well as instruction on building a BBQ pit of your very own!