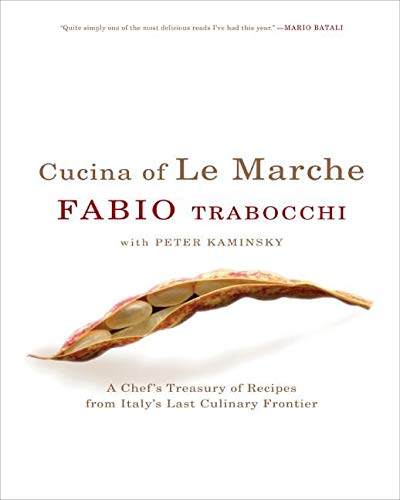 Named a Best New Chef in America by Food & Wine and Best Chef: Mid-Atlantic by the James Beard Foundation, rising star Fabio Trabocchi offers a unique take on his native cuisine, that of the until-now-overlooked Le Marche region of Italy. Every chef is a product of a place and a tradition. Fabio Trabocchi's soul is in the Italian province of Le Marche. Equidistant from Rome and Florence, Le Marche is on the Adriatic coast, bordered to the north by Emilia-Romagna, to the west by Tuscany and Umbria, and to the south by Lazio and Abruzzo. This geography accounts for the rich variety of Le Marche's food traditions. The first chefs of Le Marche assimilated recipes, ingredients, and techniques from visiting mariners from Greece and North Africa. In his debut cookbook, Trabocchi showcases his signature style of cooking--called "soulful and passionate--not pretentious" by Food & Wine--combining traditional elements of Italian cuisine with a contemporary European sensibility that draws on the many flavors he's experienced throughout his extensive travels and techniques honed at restaurants around the world.… (more)