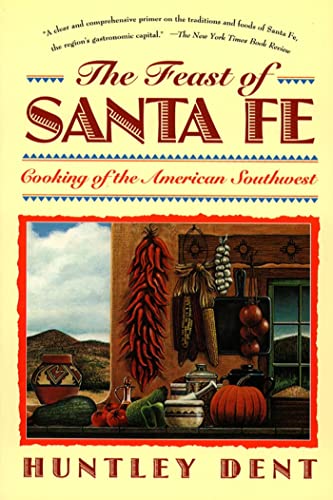 The Feast of Santa Fe: Cooking of the American Southwest

Now the distinctive, exciting flavors of Southwestern (SW) cooking can be recreated in your kitchen by using these 150+ recipes. In his charming and evocative text, Dent explores the Native Amer., Spanish, Mexican, and Anglo-Amer. influences on SW food, as well as describing the landscape of the region, its history, and its people. By adapting traditional cooking methods to suit the modern cook, Dent makes it easy to create a SW feast from appetizer to dessert. He gives instructions for old favorites like Blue Corn Tortillas, Burritos, and Green Chili Enchiladas, as well as dishes with a more contemporary flavor, such as Spareribs with Chipotle-&-Peanut Sauce and Indian Pudding with Pumpkin. Encyclopedic chapter on sauces and fillings. Illus.… (more)

The Feast of Santa Fe: Cooking of the American Southwest by Huntley Dent (Hardcover)